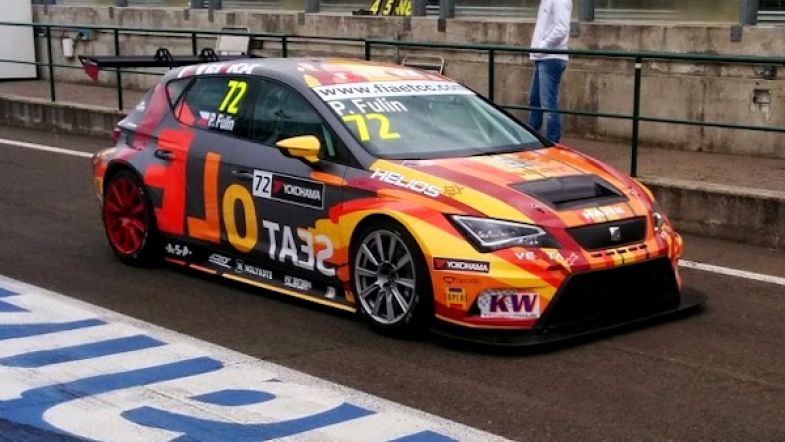 Krenek Motorsport’s Petr Fulín was fastest of all in the first test session of the 2015 FIA European Touring Car Cup at the Hungaroring, leading NIS Petrol Racing’s Dusan Borkovic and Pfister Racing’s Andreas Pfister, as the SEAT León Cup Racers dominated the top three positions in the 45 minute test.

Fulín, last year’s TC2 class champion, set the best time in the latter half of the session of 1:56.027 in the SEAT León Cup Racer, run by the same team that took him to the Super 2000 class title for two consecutive years.

Borkovic, having switched to the ETCC from this weekend after aborting his WTCC programme, led the way early on in his NIS Petrol Racing SEAT León, which is run by the Hungarian B3 Racing squad, but later fell down to third, recovering to grab second overall with a time just under two-tenths shy of Fulín’s time a few minutes before the end of the session.

David Kajaia was the fastest of the TC2T class runners with the turbocharged Super 2000 cars in fifth, the Georgian making his ETCC debut with Liqui Moly Team Engstler this weekend.

Niklas Mackschin was the best placed of the Super 1600 class drivers, 12th overall in his Ford Fiesta 1.6.

The session was incident free, with just a pair of slips off of the track for Borkovic and Kazakhstan’s Alexandr Artemyev at Turn 14, and a minor off for Petr Fulín at Turn 3.

The next ETCC test session takes place at 9:45 CET on Saturday morning.