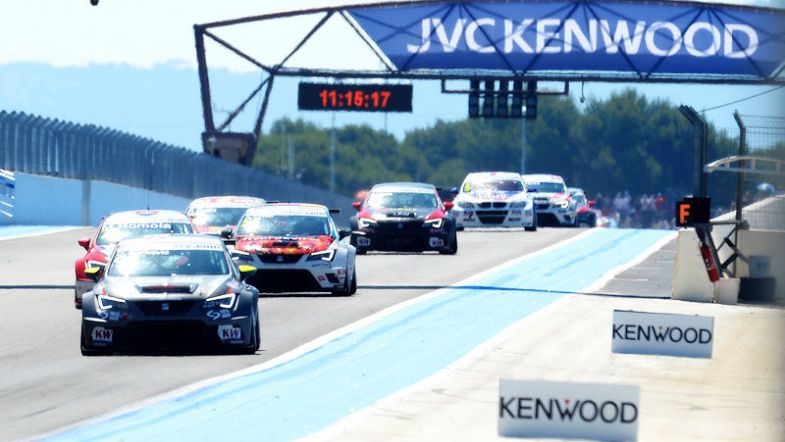 20 cars entered for the ETCC at Brno

20 cars will take part in the forthcoming round of the 2015 European Touring Car Cup, as the series breaks away from the World Touring Car Championship for its final three events in the Czech Republic, Belgium and Italy.

The hotly contested Single-Make Trophy class features seven entries, with points leader Dusan Borkovic heading in 11 points clear of closest rival Petr Fulín, who in turn is nine points ahead of Andreas Pfister, with Mat’o Homola still in contention a further three points behind, with double points on offer at the season finale in Pergusa.

The TC2T class features the same four BMW 320 TCs, with Liqui Moly Team Engstler’s Davit Kajaia having dominated the class so far this year, having won every race, and has a 25 point lead over Turkey’s Ümit Ülkü.

With five wins from six races in the Super 1600 class, Germany’s Nicklas Mackschin is favourite to repeat his success in the Ford Fiesta-filled category, but consistency from Ulrike Krafft means she remains in close contention, just 12 points behind.

With success ballast handed out based on points and results, a number of drivers are carrying the maximum possible ballast this weekend. In TC2T, all drivers bar Galip Atar will carry 50kg, with Atar carrying 39kg in his BMW 320 TC.

In TC2, Matejovsky and Rikli both carry 50kg, while Ibrahim Okyay, a late entry at Brno, will carry 44kg in his Borosun Otomotiv BMW 320si, with Daniel Conrad carrying 32kg in his Honda Civic.

Dusan Borkovic, Petr Fulín and Andreas Pfister will all carry 50kg in their SEAT León Cup Racers, Homola’s car will be 7kg lighter and Ronny Jost 15kg; while in S1600, the smaller cars have a small success allocation, with only Mackschin and Krafft carrying the maximum ballast of 25kg.

All testing, practice and qualifying is confined to the Saturday at the Masaryk Circuit, with the two races taking place back-to-back on Sunday from 12:00 CET.