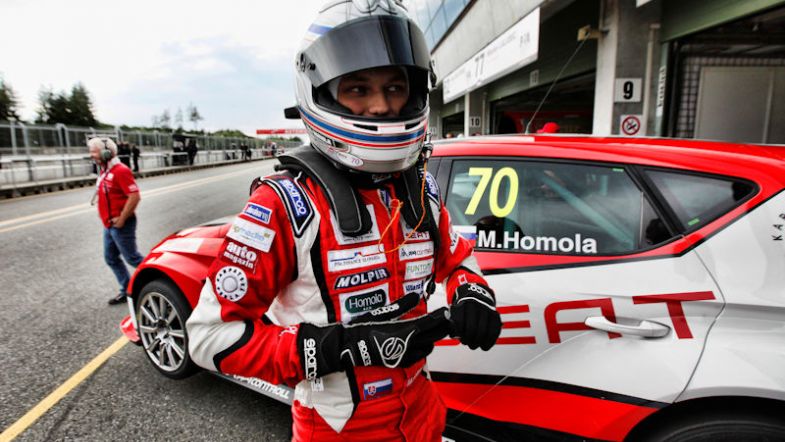 Mat’o Homola delighted with first pole of the season

Slovakia’s Mat’o Homola took pole position for the fourth weekend of the European Touring Car Cup in Brno, depriving home favourite Petr Fulín and Single-Make Trophy points leader Dusan Borkovic of pole position in the Czech Republic, and hopes to convert his first pole of 2015 into his first win of 2015 on Sunday.

The Slovakian driver, still in contention for the drivers’ title in the Single-Make Trophy, scored a comfortable pole in Brno, four-tenths clear of B3 Racing’s Dusan Borkovic, with LEIN Racing’s Dejan Bulotovic third fastest. The pole was Homola’s first of the year, and his first since the Slovakiaring last season in the TC2T class, when he was driving a BMW 320 TC.

“Honestly I didn’t expect this because we had some troubles in practice and I was struggling with the set-up,” said Homola. “But in the last session [before qualifying] we found the set-up that suits me well and my lap was really perfect. I touched all apexes that I wanted and I don’t know where I could have improved myself. It’s really perfect for me.”

Looking ahead to Sunday’s two races, where Homola will start from pole and the grid for race two is decided by the race one result with the top eight reversed, the 21-year-old remarked:

“My target is to win as is every driver’s here. We will try to find some tactics for tomorrow but I think our overall pace is very good. But it’s all about the racing and we don’t know what will happen.”