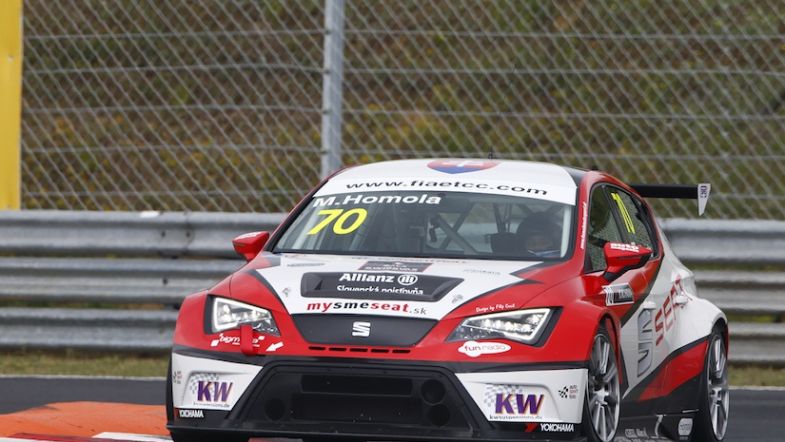 Mat’o Homola took pole position in his Homola Motorsport SEAT León Racer. The Slovakian took the lead early in the session and assaults from stable-mate Dusan Borkovic and Dejan Bulatovic proved to be unsuccessful.

Early weekend pace setter Petr Fulin failed to take pole on home soil by finishing fourth, despite his best efforts. The Krenek Motorsport driver was third for most of the session until Bulatovic demoted him.

In the S1600 class Niklas Mackschin took pole position, with Ulrike Krafft in second ahead of Gilles Bruckner and Florian Hildner.

Action resumes tomorrow at 9.30 for the 15-minutes Warm Up.