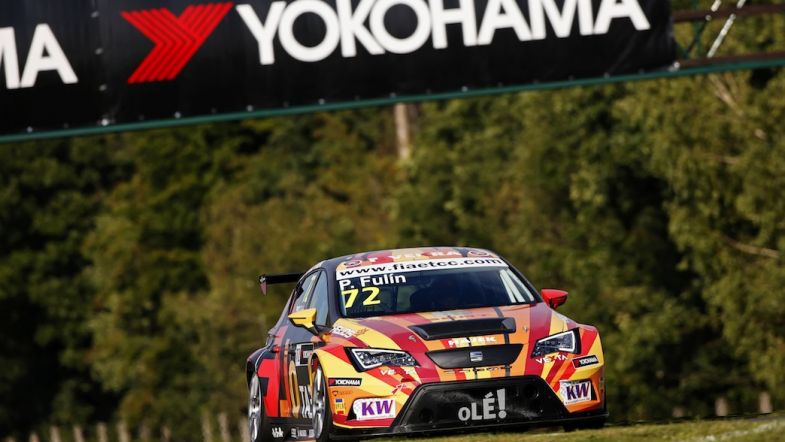 Petr Fulin started his home weekend perfectly by placing his SEAT León Racer on top of the standings in the opening test session in Brno, Czech Republic. The Krenek Motorsport driver looked dominant as his nearest Single Make Trophy rival Dusan Borkovic was over two seconds slower, with Andreas Pfister in third, quite close to the Serbian.

The pace setter being so distant did not mean the competition was not close, with Mat’o Homola and Lein Racing team-mates Dejan Bulatovic and Mladen Lalusic all within half a second off Borkovic.

Seventh outright and pace setter in the TC2T class was Liqui Moly Team Engstler’s Davit Kajaia in his BMW 320 TC, the Czech track being traditionally well suited to the Bavarian cars.

Ronny Jost came home eighth in his Topcar Sport SEAT, ahead of TC2 leader Michal Matejovský in his Normally Aspirated BMW 320si, while Ümit Ülkü completed the top ten in his turbocharged 320.

Only three cars set times in the S1600 class, with Niklas Mackschin, Gilles Bruckner and Erwin Lukas tasting the 5.403m track in dry conditions this morning.

The weather is expected to change during the weekend, with a high chance of rain.