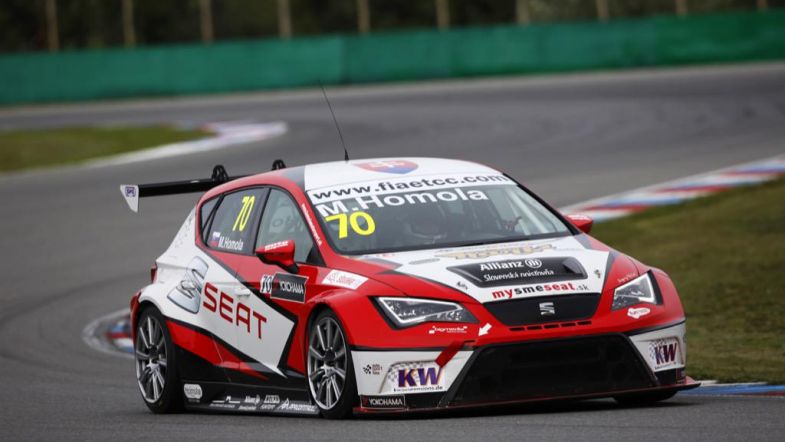 Fulin made the most out of the start by jumping up to third from fourth, whereas Dejan Bulatovic dropped down to fifth, also letting Andreas Pfister through in the process.

From then on gaps started to build up, with Fulin trying an early attempt at keeping Borkovic in sight and the Serbian quick to respond and get some space between him and the local hero.

In the S1600 class, Miklas Mackshin’s lead was never under threat, whereas a good fight between Gilles Bruckner and Ulrike Krafft ended in the order, despite Krafft’s attempts to pass the rival.

Action resumes at 13.10 local time for the second and final race of the day, with Michal Matejovsky on pole position courtesy of the reversed grid.