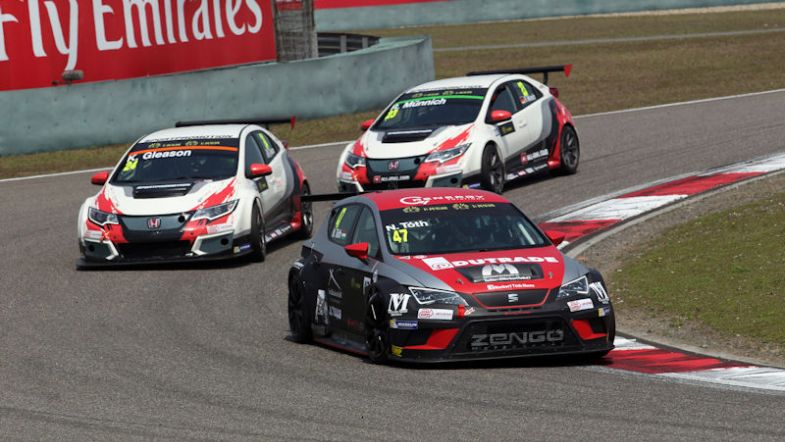 The FIA World Motor Sport Council is set to ratify the touring car format being used by numerous one-make series, and most notably the various TCR (Touring Car Racer) Series, as the new FIA TCN-2 category later this month, which will introduce a formal homologation process for those cars as well as mandate various safety changes which will come into effect from 2017.

The change will principally affect the FIA European Touring Car Cup as soon as next season, which will see the Single-Make Trophy class, which is currently reserved for the SEAT León Eurocup cars, opened up to other cars which have been built for the TCR Series’, including cars such as the JAS Motorsport developed Honda Civic TCR, the Onyx Race Engineering built Ford Focus ST, as well as the Opel Astra OPC, Subaru WRX STi TCR and Volkswagen Golf TCR allowed to compete from next year.

The FIA will introduce some technical and official changes to cars which are to receive TCN-2 homologation. From 2017, in the interests of safety, the fuel tank will need to be moved and increased lateral protection introduced for the driver. Cars which are to be built in the future for TCR are likely to be built this way by default by the manufacturers following consultation with the FIA, while existing cars will require modification in order to be eligible for TCN-2, but for 2016 the cars will be able compete in their current configuration.

Cars built for TCR will still continue to be eligible for the series, as it is not an FIA championship, via the current TCR technical passport, which is separate from the FIA TCN-2 homologation process.

The FIA change to TCN-2 as the new low-cost national class based on TCR type cars means a change to the original plan announced last December, which was to use Argentinian Turismo Nacional cars as the basis for TCN-2.

The top tier national class which is recognised by the FIA will still remain TCN-1, which is modelled on the current British Touring Car Championship (BTCC) technical regulations.