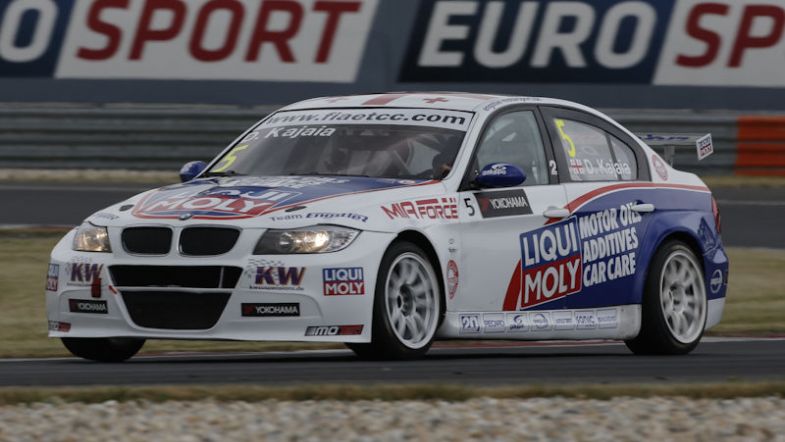 Liqui Moly Team Engstler driver Davit Kajaia claimed his first overall pole of the 2015 European Touring Car Cup season in Zolder, thanks in part due to a rain shower which occurred just ten minutes into the session, meaning no further improvements were possible.

Kajaia, who has now claimed pole position for every race of the season in the TC2T class, put the BMW 320 TC on pole with a time just 0.033 faster than Mat’o Homola’s Single-Make Trophy class SEAT León Cup Racer, before the rain began to fall which caught out Florian Hildner, who went off at the exit of Turn 1 and rolledl his Super 1600 class Ford Fiesta 1.6, causing a red flag after just ten minutes.

With the rain continuing to fall, the circuit was fully wet by the time the session resumed after Hildner’s car had been righted and put on the rescue truck, meaning no further improvements were possible, with just a few cars opting to take to the track in the last part of the session.

In the TC2 class, Michal Matejovsky was the fastest driver, putting his Krenek Motorsport BMW 320si sixth overall, while his title rival Peter Rikli hadn’t set a lap before the rain fell in his Honda Civic, and so the Swiss driver could only qualifying down in 18th, 21 seconds off the overall pace.

The first race is due to take place at 12:50 CET on Sunday, with the top eight of that race’s result reversd for race two at 15:05.