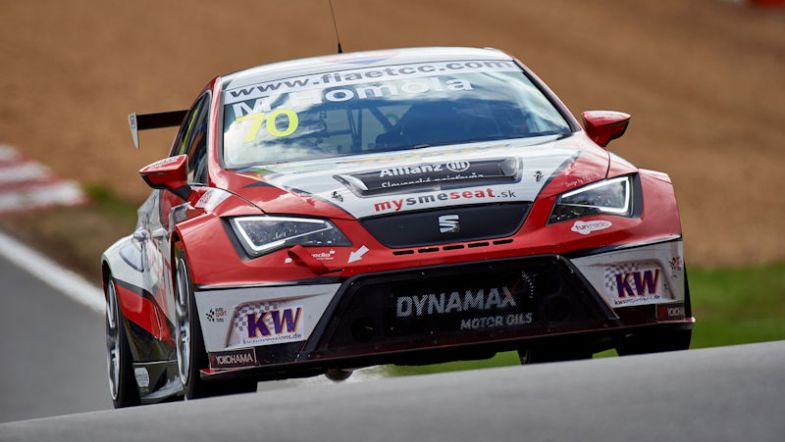 Slovakia’s Mat’o Homola topped the morning warm up session at Zolder ahead of today’s European Touring Car Cup races at the Belgian circuit, with the weather having to switched from intermittent rain to sunshine on Sunday.

Krenek Motorsport’s Petr Fulín was the initial pace setter in his SEAT León Cup Racer, also competing in the Single-Make Trophy class, but 21-year-old Homola found more pace in his SEAT to go faster with a time of 1:42.395, improving that further with a time of 1:41.823 to be over half a second faster than the rest of the field.

There was a slight scare as Ulrike Krafft spun her Ford Fiesta at the chicane just a few minutes into the session, but she was able to rejoin the session without much disruption.

Gilles Bruckner was the fastest of the Super 1600 drivers in 12th overall in the Team LuxMotor Ford Fiesta.

Two cars opted to skip the warm up, which were S1600 points leader and today’s class pole sitter Nicklas Mackschin, and Erwin Lukas.

Florian Hildner’s car, which had rolled yesterday in qualifying, has been repaired and was able to take part in the session. The German driver will start 16th on the grid, ahead of the three drivers who were caught out by the rain in qualifying yesterday, Andreas Pfister, Ben Lintgen and Peter Rikli.