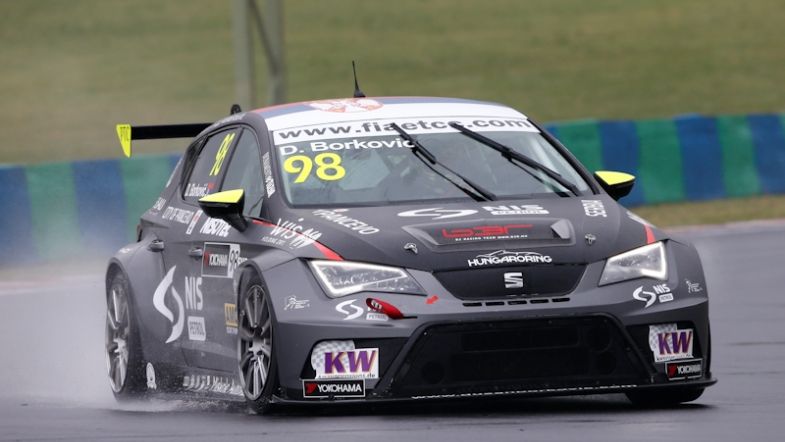 SMT driver Dusan Borkovic set the fastest time in the third test session, held this afternoon at the circuit of Enna Pergusa, host of the final round of the 2015 European Touring Car Cup season.

Borkovic set a best lap of 1:49.247 on a drying track, followed by championship rival in the Single Make Trophy class Mat’o Homola, just 0.076 seconds behind.

Petr Fulín was fifth, 2.692 seconds behind Borkovic, with Ronny Jost immediately behind, a further half second away.

Peter Rikli was seventh overall and fastest in the TC2 class, 4.098 seconds behind Borkovic. He was followed by Aytac Biter and TC2 standings leader Michal Matejovsky.

17 minutes from the end of the session, Ulmit Ulku crashed into the barriers, causing a brief red flag. Whilst the Turkish driver was unhurt, some tyres bounced to the track, requiring the intervention of the track marshals. Ulku was tenth overall in the end.

The free practice session is scheduled for 16:30.