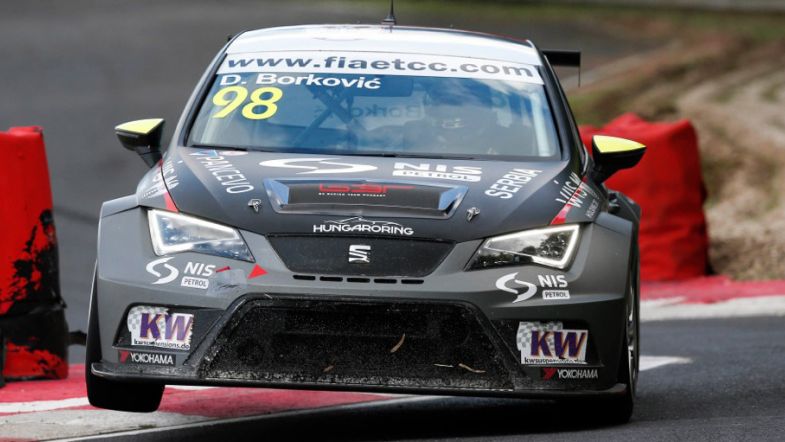 SMT driver Dusan Borkovic scored the pole position for the sixth and final round of the 2015 FIA European Touring Car Cup in Enna Pergusa. The Serbian driver set a best lap of 1:47.959, the fastest of the weekend so far.

Borkovic and his closest rival for the Single Make Trophy crown Mat’o Homola battled during all the session, with the Serbian prevailing by 0.323 seconds. Petr Fulín was third, with Andreas Pfister in fourth position.

Franz Engstler was fifth overall and pole position in the TC2T class, followed by team-mate and standings leader Davit Kajaia.

Ulrike Krafft was fifteenth overall and pole position in the S1600 class, ahead of Gilles Bruckner and standings leader Niklas Makschin.