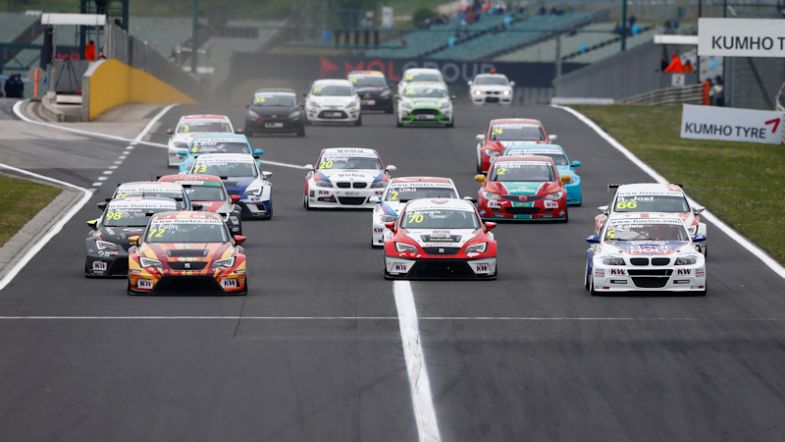 The European Touring Car Cup has revealed 19 cars for its 12th season, with the four-class format of recent years dropped, with the Single-Make Trophy and TC2T and TC2 classes effectively merged as the top class, with the low-cost Super 1600 cars as its second tier.

The previously SEAT León Cup Racer-only Single-Make Trophy has now been opened up to include all cars which conform to the similar technical blueprint as used by TCR, and dubbed the FIA TCN2 class for 2016. These cars will compete in what is now called the Super 2000 Cup class, which also allows cars conforming to TC2T and TC2 regulations, though no cars from those classes have been entered. The class is therefore dominated by the SEAT León Cup Racer, with up to three JAS Motorsport-built Honda Civics to be entered during the season.

Last year’s S1600 champion Nicklas Mackschin has returned to defend his title in the class with Gena Autosport, while the SMT and TC2T champions Dusan Borkovic and Davit Kajaia have moved to the TCR International Series.

ETCC veterans Andreas Pfister, Petr Rikli and Petr Fulín are back in the series in the S2000 Cup cars, which accounts for 11 of the 19-strong entry.

Three drivers announced are participating on a race-by-race basis, including René Münnich, who is also entered in the World Touring Car Championship, Kazakhstan driver Alexandr Artemyev and Ukrainian Andrii Levtusheko.

The ETCC starts at Paul Ricard, France, on April 3rd, supporting the World Touring Car Championship, and continues on supporting the WTCC events in Slovakia, Germany and Portugal, before splitting off to host two standalone events at Magny-Cours, France on July 10th and Imola, Italy on October 2nd.

Tyre supplier Yokohama is sponsoring the prize money for the year, with 6,000 EUR awarded to the highest scoring driver in the Super 2000 Cup class, and with 3,000 EUR for the top-placed Super 1600 Trophy driver, with the top four receiving prize money in S2000 and top three in S1600, as well as the pole-sitter and fastest lap setters in each race.