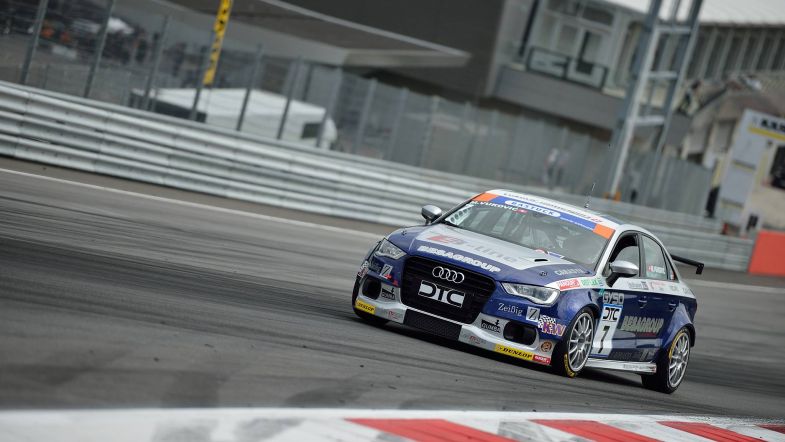 Milenko Vukovic claimed his first DTC victory of 2016 in the first race of the weekend at Red Bull Ring.

The Swiss driver started from pole but lost the lead to Wolf Racing driver Heiko Hammel in the first part of the race. But the Audi driver fought back to win by six seconds ahead of the Ford driver.

Hammel had to fight off Kia driver Alexander Rambow instead. The Bastuck Motorsport driver closed in towards the end of the race, but never got close enough and had to settle for third.

Production 1 class was won by Dirk Lauth, with Victoria Fross and Cora Schumacher in second and third position respectively.

HTF Motorsport driver Matthias Meyer had to fight hard for the Production 2 class victory with Konrad Motorsport’s Pavel Lefterov. The two Volkswagen Scirocco drivers were nose to tail for most part of the race, with Meyer claiming the win less than two seconds ahead of Lefterov.

There was one safety car session during the race as Reinhard Nehls stranded his Mini at the side of the track due to a technical issue.

Reigning champion Fredrik Lestrup is absent from the race weekend in Austria as his team is waiting for spare parts to his Mini following technical issues during the two past race weekends.