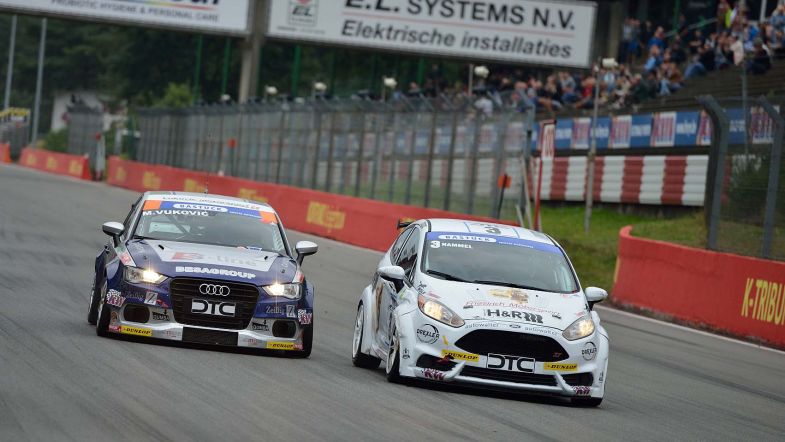 Milenko Vukovic has reduced the gap to championship leader and DTC title rival Heiko Hammel to just two points ahead of the season finale after getting past in the last corner on the last lap in the final race at Zolder.

Ford driver Hammel started from pole and looked set to get revenge on his retirement in race one, heading the field. But Audi driver Vukovic, who won the first race, started to gain towards the end of the race.

Vukovic made his move in the final corner, going side-by-side into the chicane and even going over the gravel to get ahead over the finish line by just six tenths of a second.

DTC newcomer Tomas Pekar had a strong race to finish third in his Renault Clio RS IV of Vukovic Motorsport.

Production class two was almost as close, with Pavel Lefterov winning the race just eight tenths of a second ahead of John Kevin Grams, both driving Volkswagen Sciroccos.

Ralf Glatzel claimed the Production class one class victory in his Glatzel Racing prepared Ford Fiesta, just below four seconds ahead of Mini driver Victoria Froß while Dirk Lauth, who was crowned class champion in the first race, finished a distant third.

The DTC heads to the season finale at Spa Francorchamps on October 7-9th.