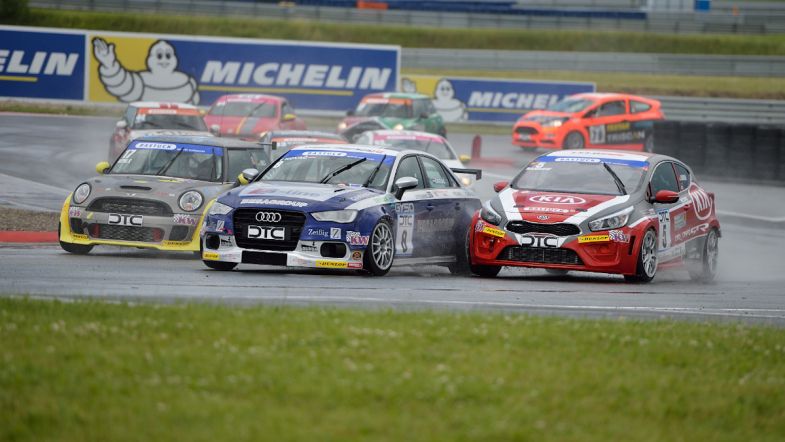 The Deutscher Tourenwagen Cup (DTC series) has made made significant changes to its technical regulations for 2017, introducing TCN2/TCR cars into its leading Superproduction class.

The 2016 series was won by ETCC-bound Milenko Vukovic, whose Audi A3 saloon powered to victory ahead of Heiko Hammel’s Wolf Racing Ford Fiesta ST.

The DTC’s previous top tier of 1.6 litre turbocharged cars will be supplemented with the fast-growing TCR/TCN2 class cars for 2017, with Germany’s 23-year-old touring car championship becoming the latest to adopt the 2.0 litre turbocharged regulations.

The DTC’s second tier will be Specialproduction, which will generally allow Cup-class cars to compete, such as the Volkswagen Scirocco R, which ran last year in its own class, as well as the Volkswagen Castrol Cup’s Golf VI, the Opel Astra OPC and Skoda Octavia Cup cars.

The Specialproduction class’s air restrictors will be opened up by 2mm from 2016, increasing output to near 290bhp, as well as allowing TCN2-based bodykits and splitters.

The third tier will be the Cupproduction class, which will allow smaller production-based models to compete, such as the Renault Clio RS Cup car and the Ford Fiesta ST.

The series will support a number of high profile championships around Europe throughout 2017, including the ADAC GT Masters, Blancpain GT Series and the TCR International Series.

The DTC series will in fact only race twice in its own country, at Oschersleben in July while supporting the TCR International Series alongside the TCR Germany series, and at the Nürburgring in August.