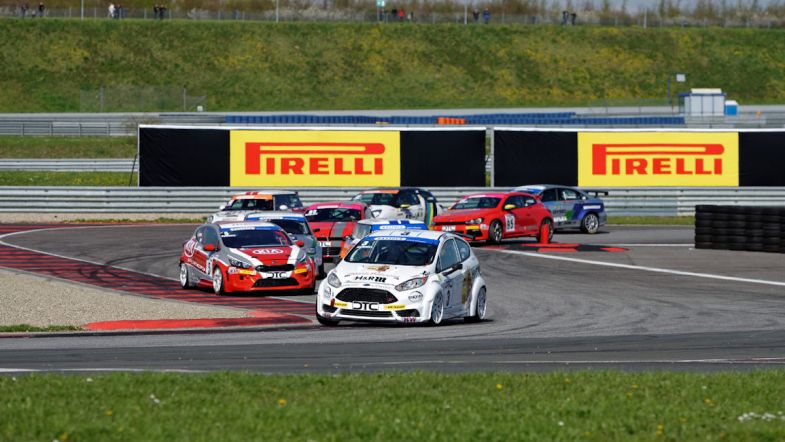 DTC Series cancelled due to lack of entries

The 2017 Deutscher Tourenwagen Cup has been cancelled due to a lack of entries that had paid up for the season, with Milenko Vukovic the series’ final champion.

The series was launched in 1995 as a Super Production level touring car series, and through the years permitted a number of different class of car, including the British Touring Car Championship’s “BTC-spec”, but mostly blossomed during the Super 2000 era.

After Mattias Schläppi won the 2005 title in an ex-West Surrey Racing MG-ZS, the Super 2000 era followed, with the Chevrolet Lacetti winning its only national series title in 2006, with Belgium’s Vincent Radermecker taking the title with Maurer Motorsport.

Franz Engstler won his home series in 2007 with his team in a BMW 320i E46, before Philip Geipel claimed the championship the following year for TFS-Yaco Racing in the ex-Danish Touring Car influenced Toyota Auris.

Engstler would dominate over the next few years with a number of different drivers in their BMWs, before Jens Weimann took two successive titles in a BMW 320si E90 in 2012 and 2013, before Super 2000 was phased out for the series’ new lower-cost Super Production class.

Heiko Hammel won the 2014 title for Wolf Racing in a Ford Fiesta ST, before Sweden’s Fredrik Lestrup dominated the 2015 season with Besaplast Racing in a MINI John Cooper Works.

The series featured three classes last year, with ex-Volkswagen Scirocco Cup cars as the series’ second tier ahead of its Super 1600 class cars, in a similar structure to that of the FIA’s European Touring Car Cup.

This season, the series had announced plans to introduce the FIA’s TCN2 class cars into its top tier, as well as permit the second-generation SEAT León Supercopa to take part, but the series has announced it’s been forced to cancel what would have been its 23rd season.

“Unfortunately, we had to cancel the entire DTC season because we did not have enough registrations,” said series organiser Katherine Meyer.

“There were many declarations of intent, but unfortunately not enough teams that paid.”