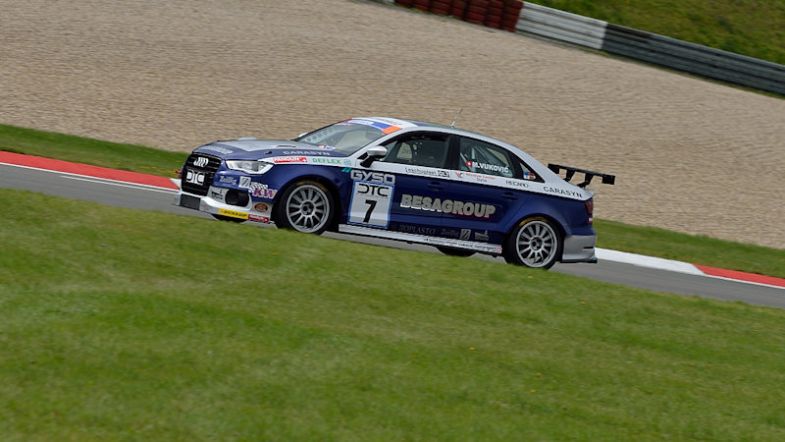 Second win of the season for Milenko Vukovic at the Nürburgring

Swiss driver Milenko Vukovic took his second win of the 2016 Deutscher Tourenwagen Cup at the Nürburgring in his Audi A3 and closes in on Heiko Hammel in the Super Production drivers’ standings, while reigning champion Fredrik Lestrup’s bid is at an end after a continued absence from the grid.

Vukovic took a comfortable victory in the race in his privately run Audi A3 saloon, finishing over ten seconds clear of Hammel’s Wolf Racing Ford Fiesta ST, with only three cars from the SP class making the finish, with Besaplast Racing’s Franjo Kovac almost a minute behind in third.

Reinhard Nehls was out of the race on the first lap, while Bernhard Wagner failed to make the start, leaving a decimated Super Production field to take part in the 16 lap encounter.

The Production 2.0 class for Volkswagen Scirocco Cup class cars was also a three car battle, but was close than the SP class, with HTF Motorsport’s Matthias Meyer winning the class by just over a second ahead of Pavel Lefterov, with Heiko Fulsche third, ten seconds back and sixth overall.

Hammel’s championship lead over Vukovic is reduced from 18 points to 16 heading into tomorrow’s second qualifying session and race at the Nürburgring Grand Prix circuit.