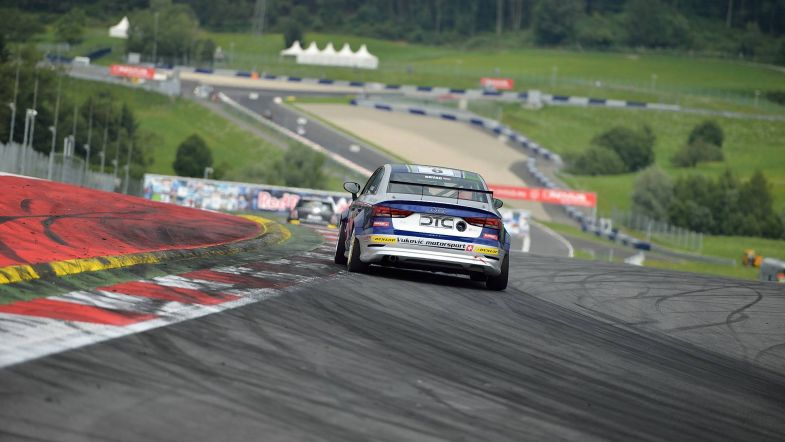 Franjo Kovac won the second and final race of the DTC weekend at Red Bull Ring in Austria as his team mate and race one winner Milenko Vukovic was penalised and later black-flagged for not taking the penalty.

Vukovic started from pole and claimed the lead but was given a drive-through penalty for having his Audi A3 in an incorrect position on the grid. The Swiss driver ignored the penalty and was given a black flag.

This left his team-mate Kovac on his own in the lead to win by close to seven seconds ahead of Mini driver Reinhard Nehls who fought his way past Ford driver Heiko Hammel early on in the race.

Hammel was back on the tail of Nehls on the last lap, but could not get past and crossed the line in third ahead of the top Kia driver in the form of Bernhard Wagner in fourth position.

Matthias Meyer and Pavel Lefterov were once again involved in a thrilling fight for the Production 2 class victory. The two Volkswagen Scirocco drivers were nose to tail for the entire race, swapping positions countless times.

As the chequered flag came, it was Meyer, just as in race one, claiming the win from Lefterov.

DTC continues on August 5-7th at the Nürburgring.