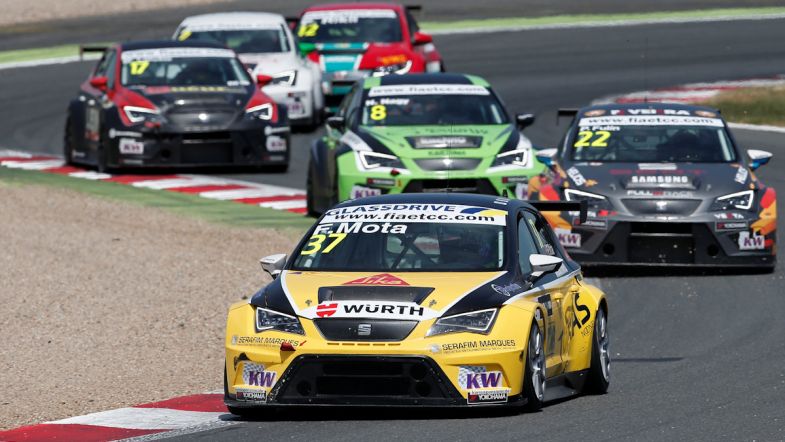 The European Touring Car Cup is set to formally adopt TCR into its top tier ETCC 1 Cup class this year, with the FIA and TCR working on a last-minute agreement which will allow the cars to compete.

In the previous two seasons, the ETCC has run FIA TCN2 cars as its top class. TCN2 are effectively TCR cars, but those that run with FIA homologation, with the FIA also applying its own Balance of Performance.

The only cars that have run with TCN2 homologation to-date have been the JAS Motorsport Honda Civic, the original SEAT León Cup Racer and the Peugeot 308 Racing Cup.

During the winter, homologation for the SEAT León was withdrawn following the fall out from the WTCC-2 proposal. With the SEAT the most represented model in the Cup and indeed in TCR in general, with over 200 cars worldwide, this imposed a serious threat to grid numbers for this season.

TouringCarTimes understands that a last-minute arrangement is being finalised between the FIA and WSC Ltd, the promoter of TCR, to grant a licence for TCR cars to be used in the ETCC, along with the TCR technical passport, with the ETCC also adopting TCR’s Balance of Performance.

Once this is in place, it’s understood a grid of at least a dozen cars will be able to take part at this weekend’s race at Monza.

The proposal is subject to FIA Touring Car Commission’s approval and a commercial agreement with TCR.