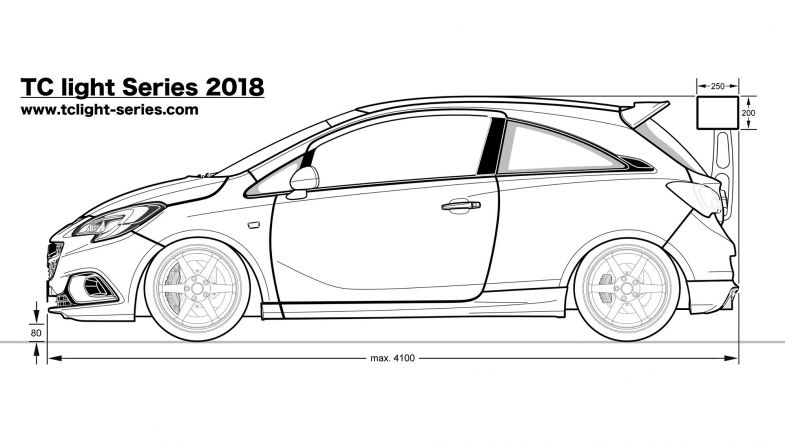 TC Light set for introduction in 2018

The organisers say they are currently discussing with German, Spanish, Benelux, Scandinavian and East European promoters.

The organisers are those behind the now defunct German DTC Series, with TC Light being aimed at the smaller car segment B, with cars such as the Audi A1, Ford Fiesta, Opel Corsa and SEAT Ibiza.

In effect, TC Light could be considered to be a rebirth of the successful Super 1600 formula, which was used in DTC and the ETCC for many years as the low-cost alternative to Super 2000.

TC Light will use a 240bhp 1.6 litre turbocharged spec engine. The cars will be front-wheel drive only (mostly redundant as only the Renault Twingo from this segment is rear-wheel drive), a spec six-speed sequential gearbox and weight of 1,160kg including the driver. There will be no balance of performance, and all cars must have original bodywork, except for a spec rear wing.

The budget has been stated to be ”far below 100k € per season”, and aimed to be an entry-level touring car category.

TC Light has also said they plan to run a single-event world final in 2018.