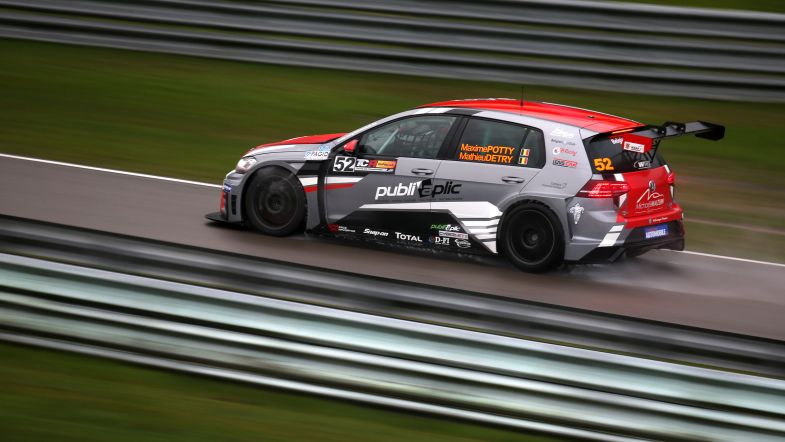 Team WRT’s Mathieu Detry and Bas Koeten Audi’s Rik Breukers have taken a pole position each for the sets of sprint races on Sunday at TT Circuit Assen, after setting the best laps during their stints in the qualifying long race.

Detry was the fastest driver in the final segment of the race in his Volkswagen Golf GTI TCR, outpacing the race winning Audi of Willem Meijer by a quarter of a second, with Tom Coronel securing third on the grid in the Boutsen Ginion Honda Civic TCR.

Mika Morien will start fourth in the #66 Audi RS 3 LMS, with Sam Dejonghe’s SEAT fifth and Edouard Mondron sixth in the Delahaye Volkswagen, just six-tenths off the pace.

All the main championship contenders will be behind the wheel for the final two sprint races, in which Rik Breukers will start from pole in the Audi.

Denis Dupont will line up alongside him in the Team WRT SEAT, with the first of the title contenders again the #52 WRT Volkswagen in third, this time driven by Maxime Potty.

Benjamin Lessennes starts fifth in the Honda, with title rival Guillaume Mondron one spot behind, while the DG Sport Compétition Peugeot 308 of Kevin Abbring and Aurélien Comte will be forced to start last should the team have resolved the car’s engine issues.