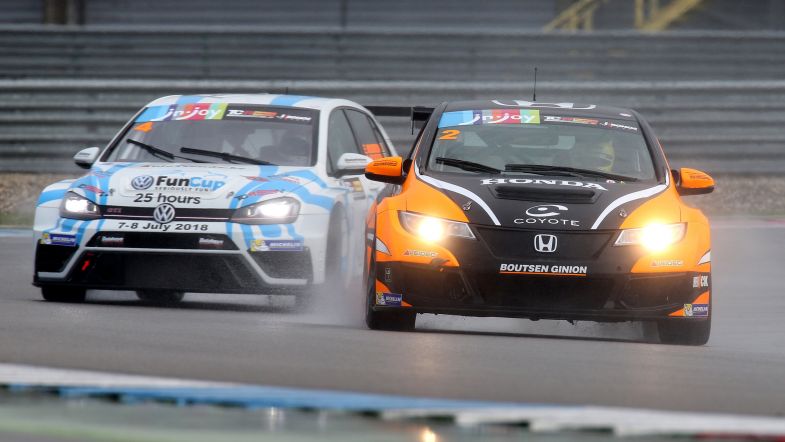 Boutsen Ginion Racing have defended their TCR Benelux series drivers’ title, with 18-year-old Benjamin Lessennes winning the title in his second season, taking over from reigning champion Stéphane Lémeret after a thrilling final pair of races at TT Circuit Assen.

Lessennes had a lightning start in the Honda Civic TCR in his first sprint race and was right behind the Volkswagen Golf GTI of Maxime Potty through the first sequence of corners, but when Potty lost control of his car, Lessennes found himself caught up in a chain of events which led to an accident, and the team’s worst fears were realised when he found his car buried in the gravel trap after contact with one of the Bas Koeten Audis.

“I made a really good start, but then I saw (Maxime) Potty had a lot of oversteer,” said Lessennes to TouringCarTimes. “He was completely sideways about one metre in front of me, so I had to swerve to avoid him, and then the Audi pushed me into the gravel, but when the marshals put me back on the track and I realised that the car was usable, I was so happy.”

All Lessennes needed to do was keep the car on track to pick up the points for seventh place, and with Delahaye’s Guillaume Mondron needing nothing short of a win in the final race, just keeping the car going was more than enough for title glory.

“The car was about 5-6 seconds slower and I don’t know what the problem was,” he added. “When I ended the race, I was a bit disappointed as I like to win races, but it’s like that.”