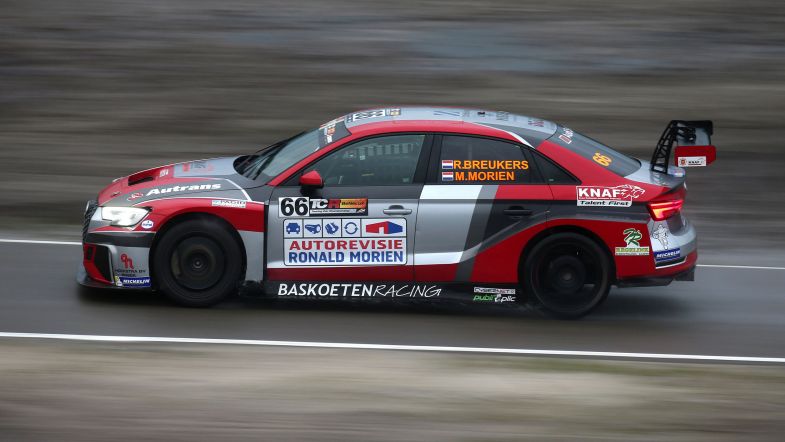 Bas Koeten Audi driver Mika Morien has been given a 30-second penalty for an incident with the Delahaye Volkswagen of Edouard Mondron in Race 2 at Assen, which drops him from fifth to sixth in the classification.

Morien and Mondron came together late in the race as the two drivers battled over fifth place. Mondron was then hit in the rear by Morien’s Audi RS 3, which allowed Morien back ahead, but the stewards decided a penalty was in order, and gave the Dutchman a 30-second penalty.

The change means Mondron is promoted in the standings, which slightly closes up the championship.