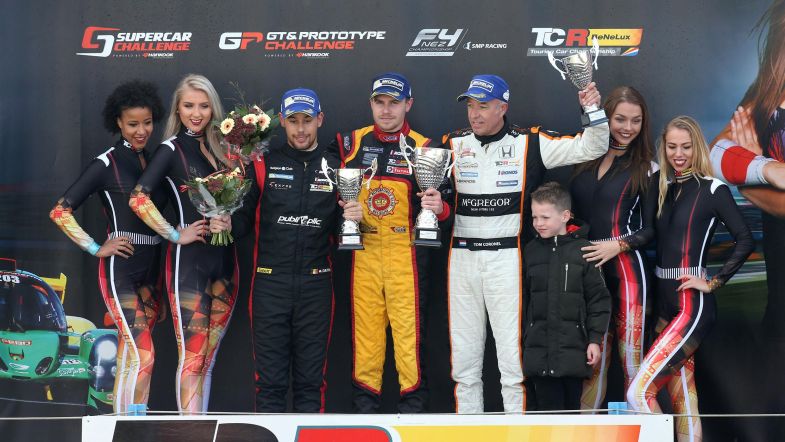 Team WRT’s Sam Dejonghe was delighted after finishing his TCR Benelux season, possibly his last, with a pair of victories in the team’s SEAT León TCR in the two sprint races on Sunday morning at TT Assen, making the most of the wet conditions.

The Belgian carved his way through the order from fifth in the grid in the León TCR, passing the Boutsen Ginion Honda of Tom Coronel, team-mate Maxime Potty and then the Audi of Mika Morien to take the lead, and was also able to capitalise on a jump-start penalty for Audi driver Willem Meijer.

“I knew we had the pace in the rain, and at this point this is my last race in TCR, so I wanted to do the double if I could,” said Dejonghe to TouringCarTimes. “I had a good start and I knew I had to pass the cars in front of me, which wasn’t easy as it was so slippery out there.

“I had a bit of luck that when I got ahead they were still fighting behind me, which allowed me to build a gap.

“I wasn’t sure how the second race would go as I felt my front tyres were starting to go off a bit, but I had a good start and then I just had to maintain it. I’m very happy to give WRT, the RACB National Team and SEAT the double at the end.”