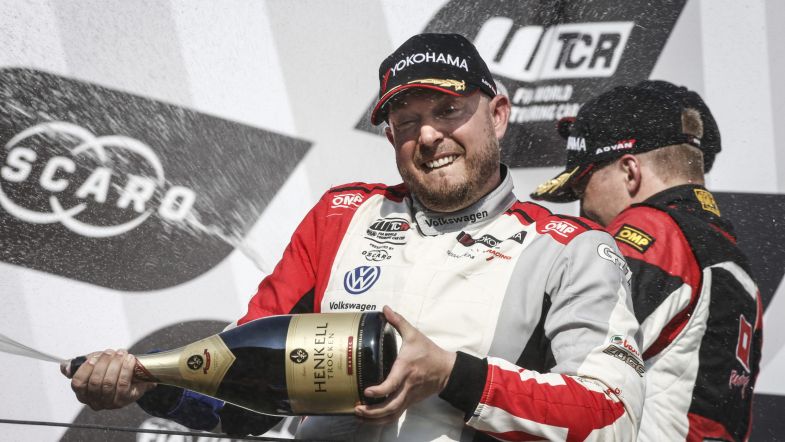 Rob Huff will join Teamwork Motorsport for the first round of the TCR Malaysia Touring Car Championship at the Sepang International Circuit, driving the Volkswagen Golf GTI TCR which took the team to the 2018 TCR China championship title.

The 2012 World Touring Car champion will join the Hong Kong-based team for the first round only, where he’ll compete against drivers such as 2018 TCR Asia champion Luca Engstler, who races in a Hyundau i30 N TCR, and 2015 TCR Asia series champion Michael Choi, who will be in a Prince Racing-run Honda Civic Type R FK8 TCR.

The Briton will be driving at the Sepang International Circuit for the first time, which will also host the final round of this year’s World Touring Car Cup, allowing the 39-year-old to get some additional track experience ahead of the event.

The TCR International Series ran at the Malasyian circuit in 2015 and 2016, but only three drivers who took part in either of those races were even on the grid for the full year in last year’s WTCR; which were Jean-Karl Vernay, Mat’o Homola, and Pepe Oriola.

“It’s a fantastic opportunity to race for Teamwork Motorsport, a team I’ve worked with behind the scenes for a number of years,” said Huff. “I first met their lead drivers Alex Hui and Sunny Wong in the year I won the title in 2012 at Macau, and we’ve become good friends and developed a number of successful projects over the years.

“After two months’ away from the wheel, I’m really looking forward to the trip to Malaysia with the team, and the aim is to get some good results.”