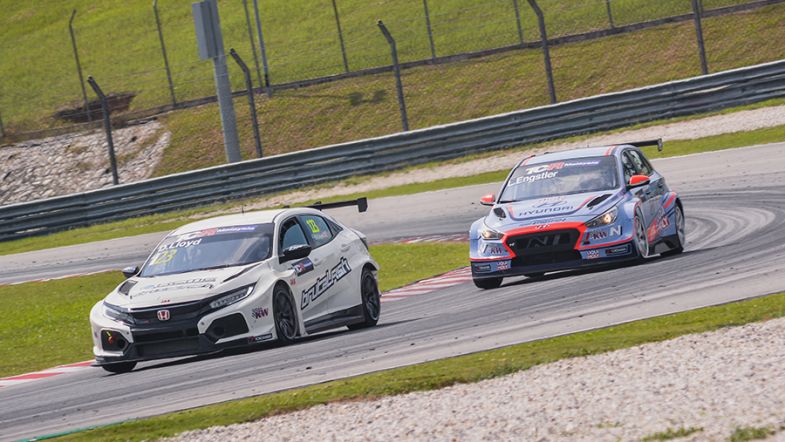 Dan Lloyd and Luca Engstler will go head-to-head for the TCR Malaysia title this weekend when the series returns to Sepang for the third and final round meeting of the campaign.

Lloyd takes a 19 point lead into the season finale following his victory in the second race of round two, which maintained his record of finishing inside the top two in each of the four races run to date.

Engstler meanwhile took his second win of the season last time out in his Hyundai i30 N TCR, but a seventh place finish in race one ultimately means he is playing catch up in the fight against his Brutal Fish Racing rival.

Gilbert Ang sits level with Engstler in the points in his Viper Niza Racing-run Cupra but isn’t expected to challenge for the title unless Lloyd and Engstler run into problems, with the local driver having been unable to take the fight to his rivals for outright pace.

Elsewhere, Josh Files will return for a second meeting having debuted in the series last time out, but will switch to Solite Indigo Racing’s new Hyundai Veloster N TCR, with Kim Jinsoo joining the grid in the i30 N TCR that was raced by the Briton during round two.

Mitchell Cheah will also return to the series as Engstler’s team-mate, with Nico Gruber – a winner during the opening rounds of the season – stepping down.