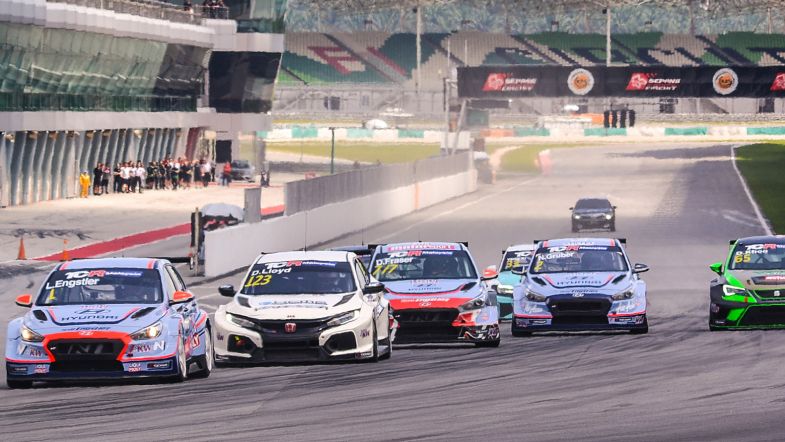 Team Engstler claimed both victories of the TCR Malaysia championship season opener at Sepang International Circuit. Luca Engstler won from pole in the first race and team-mate Nicolas Gruber claimed the honours in the second race.

Engstler headed the eight-car field from lights to flag in the first race, winning by four seconds ahead of Brutalfish Racing Team driver Dan Lloyd.

Instead it was Hyundai driver Gruber who made his way into the lead from second position on the grid to win the race by just over a second ahead of Honda driver Lloyd.

The second place finish for Lloyd means that he heads the championship after the first round.

Race one winner Engstler started eighth in the second race and started to make progress up through the field. But the Team Engstler driver hit trouble toward the end of the race and dropped down to finish seventh.

The second TCR Malaysia round is held at the Sepang circuit on February 14-16.