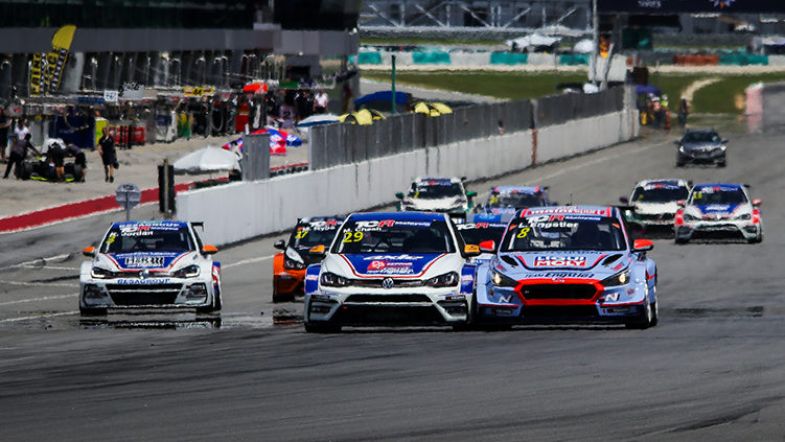 TCR Malaysia set to kick off at Sepang

The 2020 TCR Malaysia championship season will kick off this weekend at Sepang, with Luca Engstler looking to defend the title he secured last year.

The German driver will once again spearhead Team Engstler’s challenge on the series, which will run across three double-headers at the home of the Malaysian Grand Prix between this weekend and the start of March.

Engstler will be one at the wheel of one of three Hyundai i30 N TCRs being entered by the defending champions, with Austrian single-seater graduate Nico Gruber and Australian youngster Declan Fraser completing a youthful line-up.

Alongside the multi-car Cupra entry from Viper Niza Racing, Teamwork Huff Motorsport will run a single Audi RS 3 LMS for the Chinese driver Yang Xi, whilst Engstler’s main rival for the title could well be the British racer Dan Lloyd at the wheel of a Honda Civic Type R run by the Brutal Fish Racing team.

The opening two races of the season will take place on Saturday, with both running to eleven laps of the Sepang circuit.