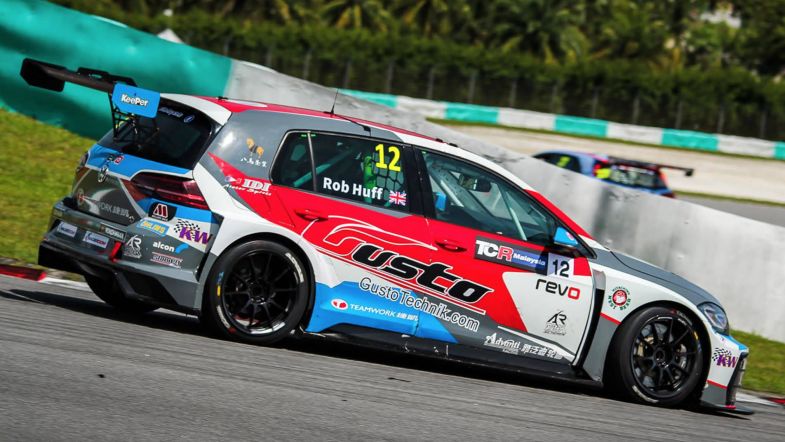 Rob Huff has claimed pole position for the first round of the TCR Malaysia Touring Car Championship at Sepang International Circuit, outpacing the Hyundai of Luca Engstler by three-tenths of a second.

The Engstler Motorsport Hyundais of Luca Engstler and Theo Coicaud had been strongest throughout the weekend so far, with Engstler fastest in all four test and practice sessions ahead of qualifying, but it soon became clear that Huff, in the Teamwork Motorsport-run Volkswagen Golf GTI TCR had been holding back, as he set a 2:16.190 on his first flying run in Qualifying 1, before improving to be the first and only driver under 2:16 on his second lap in Q1, over a second faster than Engstler.

Engstler struck back in Q2 and managed to wring a 2:16.224 out of his i30 N TCR, but Huff followed up with another 2:15.9 to claim pole position for the first race tomorrow.

Engstler’s team-mate Coicaud qualified third, 1.5 seconds off the pace, with Paul Ip the fastest in the Cup class in his KCMG Honda Civic Type R FK8 TCR, ahead of the Indigo Racing Hyundai of Charlie Kang.