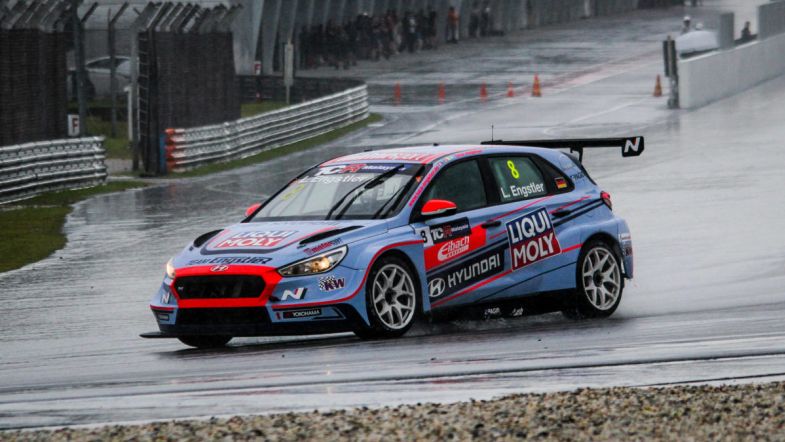 Engstler Motorsport’s Luca Engstler claimed pole position for the second round of the TCR Malaysia Touring Car Championship at Sepang, setting the fastest time in a qualifying session that went from dry to wet.

The championship leader was fastest in the first part of qualifying, which started fully dry, with Engstler’s best time of 2:17.243 putting his Hyundai i30 N TCR three-tenths of a second clear of his Volkswagen-equipped team-mate Kai Jordan.

However, before the end of the session the rain began to fall heavily, with all cars returning to the pits, unable to improve their time.

The top eight then progressed to the second part, Qualifying 2, with the cars venturing out onto the wet circuit with times now 20 seconds off the pace in the dry.

It was again Engstler who was fastest, producing a time of 2:35.482, this time he was 3.5 seconds clear of his closest rival, the KCMG Honda Civic Type R FK8 TCR of Paul Ip, with Kai Jordan’s Engstler Volkswagen Golf GTI TCR third fastest.

Kenneth Lau was fourth in the Prince Racing Honda Civic TCR, with Michael Soong, who’s taken over from Theo Coicaud in the second Engstler Hyundai, fifth on his TCR Malaysia championship debut, nearly five seconds down.

The two Engstler Volkswagens of Ahmad Akid Noor Azlee and Brendan Anthony both missed the cut to make Q2, and will start from the fifth and final row on the grid for this evening’s first race, which takes place at 18:15 MYT (11:15 CET).