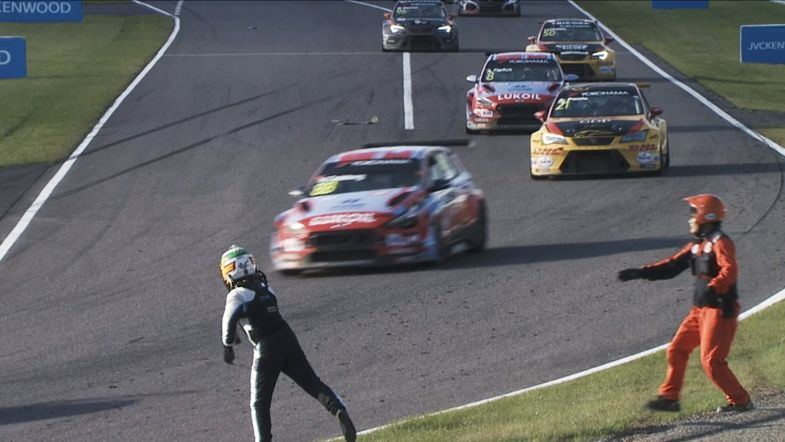 The team manager of BRC Racing Team Hyundai, Gabriele Rizzo, has criticised Lynk & Co Cyan Racing and the World Touring Car Cup promoter on how the incident between Nicky Catsburg and Andy Priaulx was portrayed on social media after the race.

“I have to say we find the conduct of another team which is pretty much a manufacturer one in this championship unacceptable in the way they are discussing on-track incidents after the event,” said Rizzo.

“We respect the decision of the stewards and believe no further comment was necessary. We are disappointed that the promoter further amplified this incident on its platforms in favour of one manufacturer. There needs to be balance and fairness in what is presented to the media and to our fans, and this weekend this was lost.”

The incident was featured in the WTCR Story of the day:

To further add to the developing feud between the two teams, Lynk & Co Cyan Racing driver Thed Björk questioned the top speed difference between the Lynk & Co 03 TCR and the Hyundai i30 N TCR.

“Macau is going to be really difficult as the Hyundais are so much quicker on the straights, despite supposedly having the same power level of 97,5% as us. It feels rather hopeless and has been going on all season,” said Thed Björk.