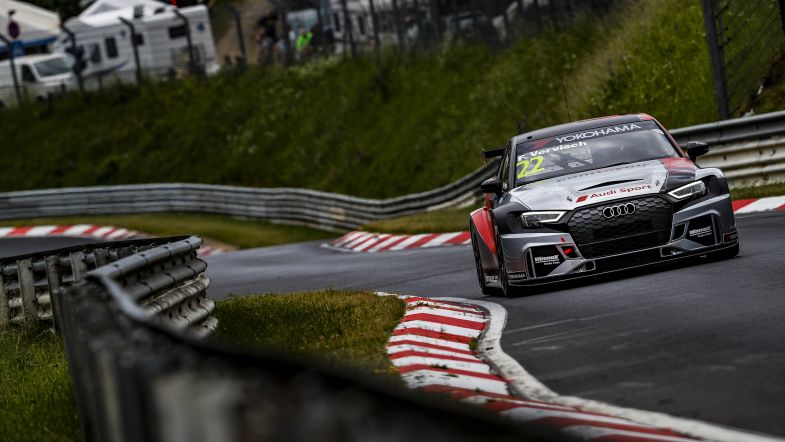 Comtoyou Racing admits it is working hard to ensure that the Audi name will remain on the World Touring Car Cup next season, with the team working to “finalise the discussions that have been ongoing for several weeks”.

Comtoyou has been one of two teams to run the Audi RS 3 LMS in WTCR this season alongside WRT, although the latter will not feature on the grid in 2020 having decided to focus on its commitments in GT3 racing and in the DTM.

Audi’s decision not to introduce a new version of its TCR car and to remove any factory support to customer teams racing in WTCR has called into question whether or not the RS 3 LMS would be seen again in 2020 and beyond, with any future programmes being run on a private basis.

With that in mind, Comtoyou – which has run two Audis alongside two Cupras this season – is working on a programme to keep the car on the grid, insisting that “if there are Audis on the grid next year, they will be prepared by the Brabant-based team”.

The team could also continue to represent Cupra, with an aim to have two or four cars on the grid again in 2020.

“We have 11 cars in the TCR category in the workshop, and since 2017 we have been building excellent relationships with our customers,” team manager François Verbist said. “We still have the support of Audi, our team knows the car by heart, managing the BoP should be improved; all the ingredients are there to envisage an excellent 2020 in the touring car championships, whether in Europe or worldwide. All we need to do now is finalise the discussions that have been ongoing for several weeks.”

The Belgian outfit is also seeking to maintain a presence in TCR Europe with the Audi next year, having run Gilles Magnus to sixth in the standings this season.

“Obviously we will only sign up to a win/win programme that will allow the team to grow even further and enable customers to be in perfect condition to achieve their objectives to win, or for others simply for fun!” team principal Jean-Michel Baert said. “If that’s not the case, we won’t be coming back!

“Over the last three years in TCR International and FIA WTCR, things didn’t always work as they should have. Trust in the various parties took quite a hit and everyone will have to make an effort to rebuild it. We will keep battling to bring costs down, and to make sure these championships remain accessible to all.”