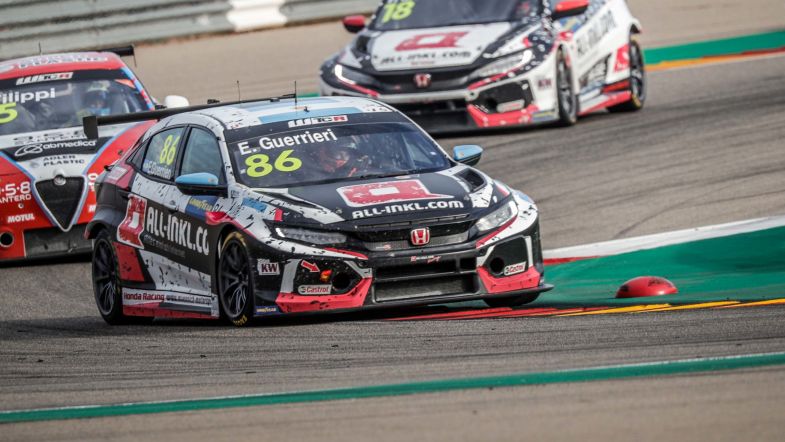 Esteban Guerrieri has dropped out of the top three in the 2020 World Touring Car Cup standings following a post-race penalty applied for track limits abuse.

Guerrieri had originally finished tenth in the final race of the season at MotorLand Aragón, which was enough for the Argentinian to take P3 in the overall classification on countback of wins after tying Jean-Karl Vernay on points.

However, Guerrieri faced scrutiny after picking up successive track limits warnings during the race, and Vernay said that he was still hoping to get “a nice surprise” from the stewards.

Information has now emerged that confirms a penalty for Guerrieri, who has 30 seconds added to his race time in lieu of a drive-through.

That drops him to 18th in the Race 3 order, outside the points, and promotes Vernay to third in the overall classification.

The decision from the stewards read: “When leaving the track limits beyond the limit defined with tyre stacks, Car #86 had a speed advantage in relation to all other Cars who drove within the track limits. After receiving the black/white flag, the Driver did not respect the track limits again in the same way and gained further advantage.”