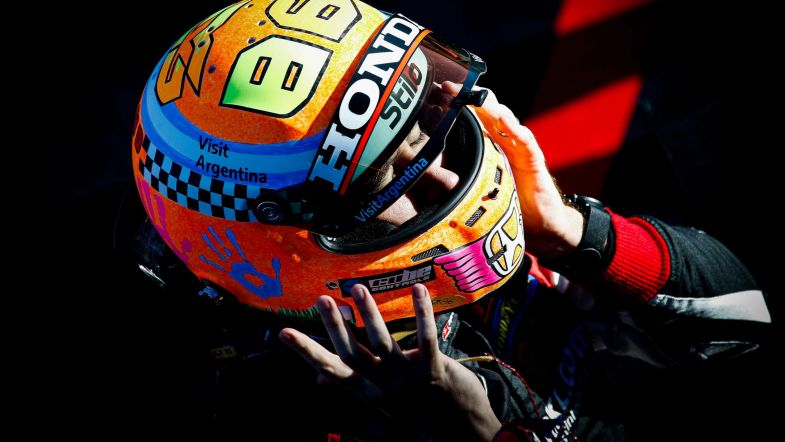 Esteban Guerrieri took a pragmatic view on a roller-coaster weekend at the WTCR finale in Spain, as he narrowly lost out on the world touring car title for the third consecutive year.

After finishing third in the standings in 2018, and second in 2019, Guerrieri headed into the final round of 2020 in championship contention yet again.

He entered the triple-header finale at Aragón second behind Yann Ehrlacher, and scored a sensational mixed-weather victory in Race 1 to slash the Frenchman’s points lead.

However, Guerrieri – whose Münnich Motorsport Honda squad struggled for pace in the dry all weekend – then retired early on after making contact in Race 2, with Ehrlacher crowned champion.

Guerrieri’s weekend took another blow in the third and final race, where he picked up a penalty that demoted him out of the points – and down to fourth in the final standings.

“We got a little bit of all the emotions of motorsport today, it was definitely bittersweet,” said the Argentinian. “We went from a magic race at the beginning to a crash that compromised the rest of the day. It was impossible to avoid that contact, but it made the car slow for race three despite the guys doing what they could.”

Guerrieri, who has already essentially confirmed his return to WTCR in 2021, took four wins this season – more than any other driver in the championship.

“In such a short year, the big challenge was to find consistency,” he explained. “I think we found a good level, which was necessary to be able to win and stay in contention for the title, but our rivals probably did a little bit better, so congratulations to them for the championships.

“Still, I’m thankful to everyone at ALL-INKL.COM Münnich Motorsport for their hard work and the way we used the tools at our disposal. My fighting spirit is still always there, so I’m pleased in the end; obviously it wasn’t the best way to finish, but this is part of sport sometimes.”