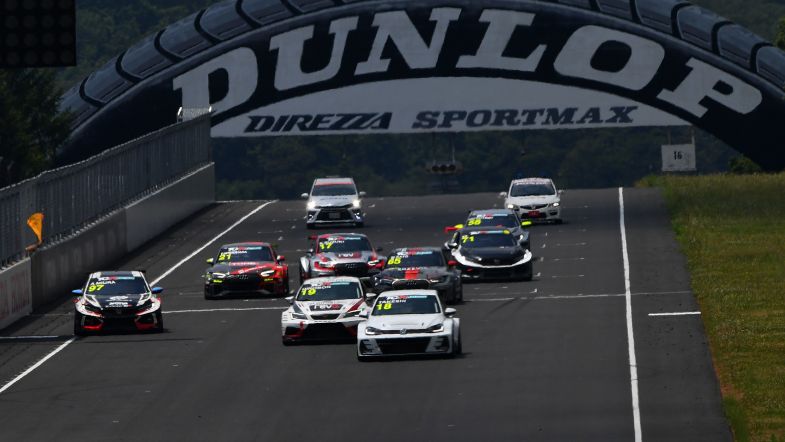 2019 TCR Japan champion Takeshi Matsumoto made his return to the series in style, winning all three races this weekend at Sportsland Sugo in a field of just eight cars.

DOME Racing driver Ai Miura challenged Hirobon for second in the final part of the first race, but had to settle for third, only to be disqualified after the race for failing a post-race inspection.

Audi driver Masanobu Kato finished third for Team Mars while reigning champion Takuro Shinohara, who also makes his first appearance of the season, stalled from second on the grid to finish fourth.

The second race was almost a repeat of the first, with Matsumoto leading the race from the first to the final lap and Hirobon crossing the line in second place.

Shinohara stalled once again from second on the grid and dropped down the order. The Hitotsuyama Racing driver was able to fight up higher in this race however, finishing third behind Hirobon.

TCR Japan held three races instead of the usual two this weekend due to one race being cancelled during the previous round at Autopolis due to heavy rain.

Matsumoto was unstoppable in the third and final race as well, this time winning ahead of Honda Civic Type-R TCR driver Shinohara.

Dome Racing driver Miura was able to make her way past Hirobon on lap seven to claim the final podium position.

Hirobon finished fourth behind the wheel of his Cupra TCR ahead of Kato, driving an Audi RS 3 LMS.

BRP driver Hirobon keeps the lead of the Saturday series standings on 67 points, seven ahead of Matsumoto.

The next TCR Japan round takes place on August 28-29 at Motegi Twin Ring.