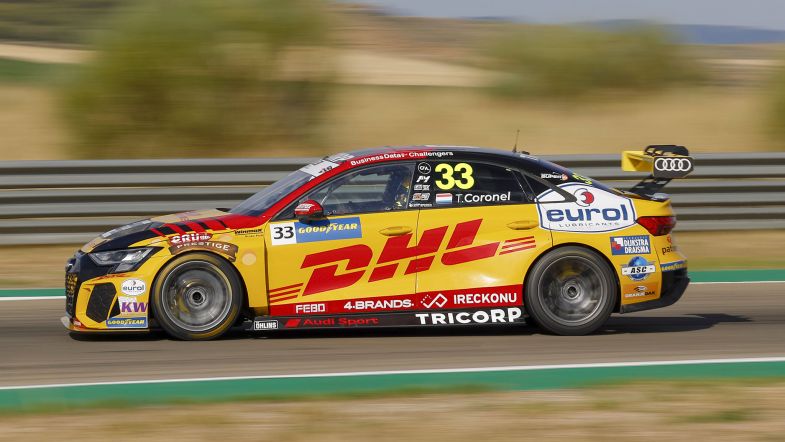 Comtoyou Racing driver Tom Coronel will start from the back of the grid in the first FIA WTCR race at Motorland Aragón after an engine change to his Audi RS 3 LMS.

Coronel had qualified in 16th place of the grid for both races and the engine change means a drop of just one place to 17th and last position.

Comtoyou Racing locked out the front row in qualifying with Gilles Magnus and Nathanaël Berthon, with the team jokingly stating they hope this round does not get cancelled as the last time they had claimed pole position.

“I hope they let us race!” team owner Jean-Michel Baert said to TouringCarTimes. “The tyre is not so bad after all!”