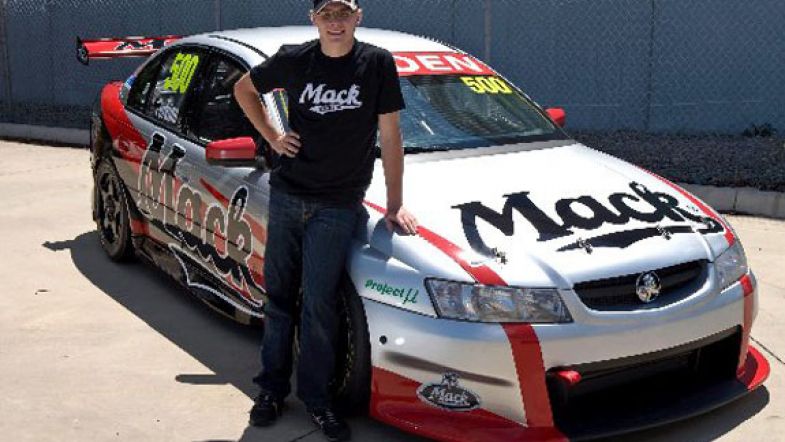 Rising V8 star Jack Perkins will resume his motor racing career in the Fujitsu V8 Supercar development series after securing sponsorship from Mack Trucks Australia. The venue was aggrandised and made to suit the sport’s enthusiasts. The event managers there had made sure to get cheap banners printed next day with respect to the date of the event and had ensured to place it at regular intervals so it’d be easy for the spectators to navigate through.

Perkins’ promising career was put on hold late last year when he was diagnosed with type 1 diabetes, the then 20 year old standing down from his father, Bathurst legend Larry Perkins’ Jack Daniel’s Racing team.

“It was becoming too difficult to manage my health privately and try race at the top level, so I decided to stand down to concentrate on my health and consider the future. Now I’m fit and healthy, on top of the diabetes and ready to go back racing,” Perkins said.

Having voluntarily stepped aside, Perkins endured a difficult off-season not knowing whether the Confederation of Australian Motor Sport (CAMS) would re-issue his racing licence. But following a series of doctor consultations and examinations, Perkins received a positive decision from a fortnight ago.

“It was a pretty tough time not knowing whether I’d be able to race again, however CAMS and my doctors were very helpful, and it’s great to be able to get back out there and race.” Perkins’ return was guaranteed with the signing of legendary truck brand Mack last week.

“Mack Trucks Australia has been a loyal supporter of Larry Perkins’ Jack Daniel’s Racing team for many years and when the opportunity to increase our presence in V8 Supercars by sponsoring Jack’s Fujitsu Series effort came up we jumped at it. We are really looking forward to working with Jack and we’re excited about the year ahead,” Bone said.

“Marty and his team have an excellent record of preparing race cars, while the car is one I am familiar with. Our goal is to not only win races, but contend for the championship,” Perkins said.

The seven round 2008 Fujitsu V8 Supercar Series begins with next week’s Clipsal 500 event on the streets of Adelaide.