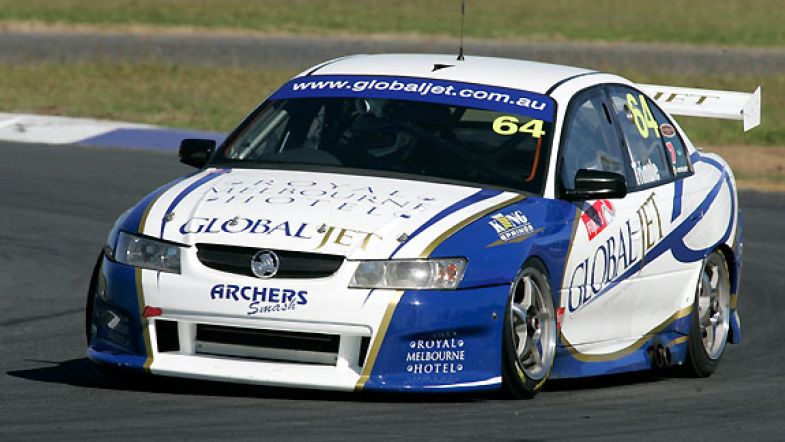 Trimble ready for the Mountain

Global Jet V8 Supercar driver Michael Trimble is geared up ready for his next challenge in the 2008 Fujitsu V8 Supercar Series at Mount Panorama in Bathurst, New South Wales this weekend.
After a tremendous start to the championship, which saw the Rookie of the year contender placed second after three rounds, Trimble has endured a number of setbacks during the past two rounds aboard the #64 Global Jet Commodore.

As a result of these setbacks, he is currently in eighth position, however, he is only 48-points outside the top five and a strong showing this weekend Trimble can leap frog his way up the championship table.

The 23-year-old has competed at the famous Mount Panorama circuit on three occasions previously, once in a Porsche Carrerra Cup car and twice in the Bathurst 12-hour race, providing him with confidence entering this weekend’s sixth round of the championship.

“After a good start to the year, the last couple of rounds certainly haven’t gone to plan but I’m confident we can turn it all around this weekend,” said Trimble.

“Bathurst is a track which can really intimidate you if you have never been there before. While I haven’t raced a V8 around there but my pair of 12 hour races and Carrera Cup experience will put me in a good stead for this weekend.

“My focus is 100% on gaining a good result in the Fujitsu Series, I’m determined to climb back up the order and a good result this weekend will ensure that I achieve this goal.”

Practice begins on Thursday followed by qualifying and race one around the 6.213km circuit on Friday. The second and final race of the weekend for the Fujitsu Series will be contested at 1:40pm on Saturday.

Trimble is supported in his 2008 Fujitsu V8 Supercar Series campaign by Global Jet International – one of the leaders in Australian Corporate Aircraft and owned by five-time World 500cc Motorcycle Champion Mick Doohan – along with the Royal Melbourne Hotel, Archers Smash and King Springs.