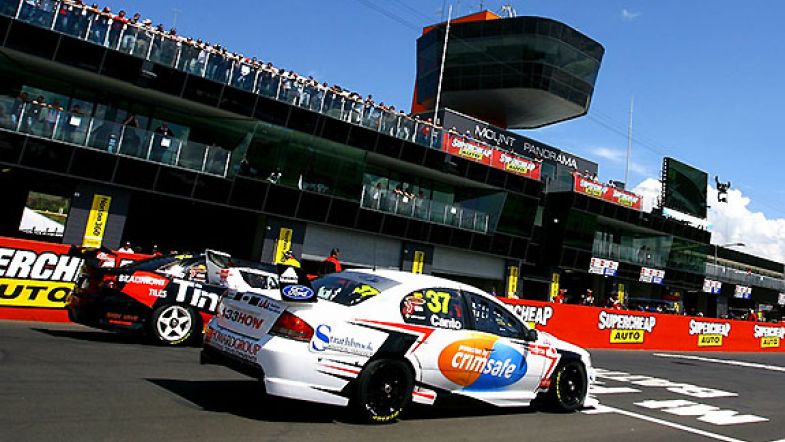 It was an exciting weekend from beginning to end for Howard Group Racing as they set the pace early with Canto qualifying 2nd and Karl Reindler 13th in Friday morning’s session, putting both drivers in the upper 50% going into Race 1 that afternoon.

Canto had a fantastic start into Hell Corner on turn 1 and took lead position in front of poll position starter and series leader Steve Owen.

An aggressive Jonathan Webb was putting the pressure on Canto and Owen and made an assertive inside move to lead and win Race 1 with Canto in second and Owen in third.

Karl Reindler had definite pace in Race 1 with the 7th quickest time which enabled him to weave and move his way up the field from his 13th grid start to finish 8th over the course of the 14 laps .

Unfortunately Reindler locked the brakes and came off on Murrays Corner into the sandpit dropping him back 20 places to finish Race 1 in 28th.

“It was a silly mistake that could have been avoided, I just didn’t realise how much the brakes had cooled whilst we were behind the safety car”

“The next and final race will be fun, the tactic is to have a good solid race start and start moving through the pack, fast” Reindler said.

Changes were made to both Howard Racing Ford Falcons to ensure the drivers could get the most out of the cars particularly making them stable and powerful on the top of the mountain.

“Dean wants more drive out of the corners so the team will make changes to the shifter set-up to get the car more responsive and there will be minor changes made to the springs” said Team Manager Warren Davis.

Canto made his intentions known going into the final second race “today we are going in fast and we intend to finish 1st”.

The concluding started under safety car conditions due to showers at bottom of the track just minutes before the green light.

An aggressive Canto was on Webb’s tail from the rolling start and made his move on lap 5 when Webb went a little deep into the turn and took take the lead.

A determined Canto went in to Race 2 to win and increased his lead and set a new lap record lap record of 2.10.1022 on the 9th lap.

This didn’t stop rising star Reindler who worked his way up the field making an astonishing 16 places over 6 racing laps.

After the lights went out on the final safety car, Race 2 came down to a one lap sprint to the finish where Canto stretched his lead and Reindler finished just out of the top 10 crossing the line in 12th place.

Canto and Webb finished with equal 288 round points for the weekend with a win and a second, but the Fujitsu V8 Supercar rules award the round for winning race two, something Canto was conscious of.

“I thought that was the way it worked but you can’t take anything away from Jono, we both finished with equal points, I was just lucky with the way the system works,” Canto said.

This now puts Canto second in the series Championship ladder behind Steve Owen with the next and final round of the Fujitsu series at Oran Park 4-7 December.

Not only will Canto and Owen play cat and mouse at Oran Park for first place, both drivers have won the Armour All pole position an equal three times this series with the decider for most poles concluding at the final round with a $5,000 cheque for the winner.