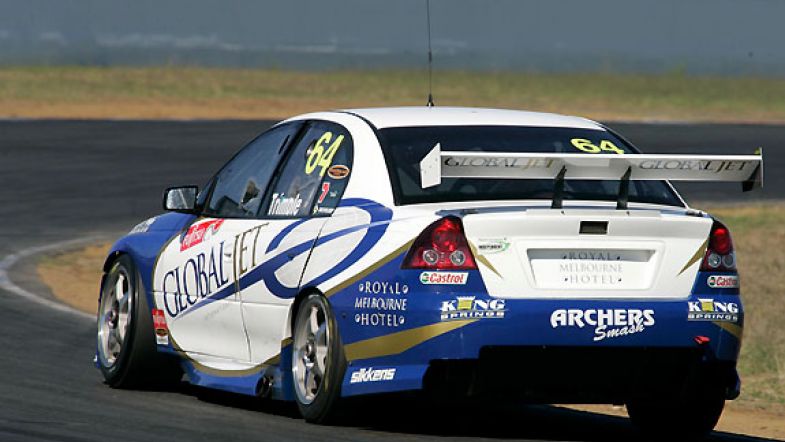 Global Jet V8 Supercar driver Michael Trimble is aiming to continue his run of success at Sydney’s Oran Park Raceway when he contests the final round of the 2008 Fujitsu V8 Supercar Series this weekend.
The race meeting will be one of the most historic moments in Australian motor racing as it will be the final time a round of the Australian Touring Car/V8 Supercar Championship will be held at the venue.

While he is this year enjoying his maiden year in a V8 Supercar, 24 year-old Trimble has competed at Oran Park on several occasions in other categories with varied success. His most recent result at the 2.62 km venue was in 2007, when he claimed third place in the one-make Porsche Carrera Cup Series.

“Oran Park is a place that I have always enjoyed racing at and have achieved some good results at,” said Trimble.

“Last year I finished third overall in the Porsche, hopefully I can continue that form over into the V8 this year and find my way onto the podium.

“I seem to go well on the tight, technical tracks. I had some good speed at Adelaide and Wakefield Park, both of which require the same sort of approach as Oran Park.

“The aim for this weekend will be to put in a good performance during qualifying then string some good placings together across the races to get on the podium and finish the year on a high.”

“At the start of the year I set myself the goal of finishing inside the top five in the championship, with a good round this weekend I’m confident that I can still achieve this goal,” said Trimble.