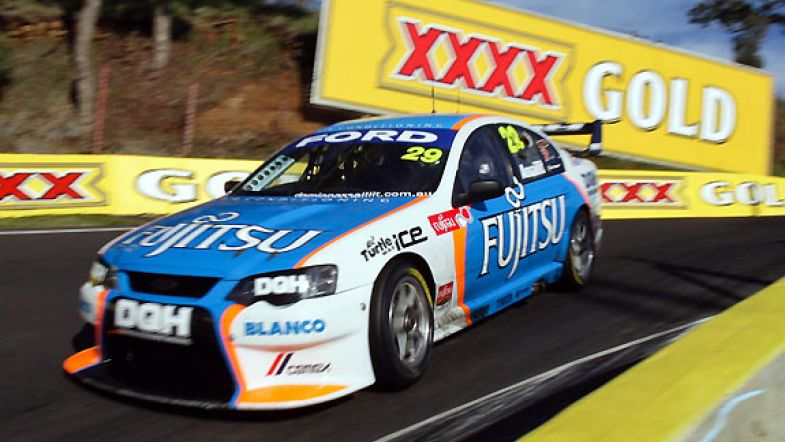 Assaillit confident of a top 5

Fujitsu Racing’s Damian Assaillit is confident of a top-five finish at the final round of the Fujitsu V8 Series at Sydney’s Oran Park.
The 19-year-old last raced at Bathurst in early October and claimed seventh overall for the weekend. This came after a tough qualifying session where he set the 15th fastest time.

Aboard a Matthew White Racing prepared Falcon, the Sunshine Coast racer is confident of a better performance in qualifying and then racing with the leaders in the races.

“We raced very well at Bathurst, but we need to get our heads around qualifying,” said Assaillit.

“Passing cars at Bathurst is somewhat easier than Oran Park, so we must start further up the order.

“Oran Park is a track I enjoy and place I have a lot of knowledge of. I finished fifth in the second race last year plus it was our test venue earlier in the year. I even had the opportunity to have V8 star Jason Bright along for one of those test sessions.

“It is important to finish the season with a good result. We have been part of the Fujitsu Racing program this year and that has been very rewarding.

“I am keen to repay Fujitsu’s faith plus that of our crew and supporters.”

Heading into the final round Assaillit reflected on the year.

“A very big learning year for me,” said Assaillit.

“As well as racing on the track, I have spent a lot of time with Jason Bright and his V8 Supercar Championship Series team. I have immersed myself as much as possible with Jason, the big thing I have learnt is the massive commitment required to be successful in this game.

“I have also had my mechanical engineering studies at university to concentrate on as well. I have had to learn to separate both parts of my life. This has at times been difficult.

“My studies for this year are now complete, so it will be 100% concentration on racing come Oran Park.”