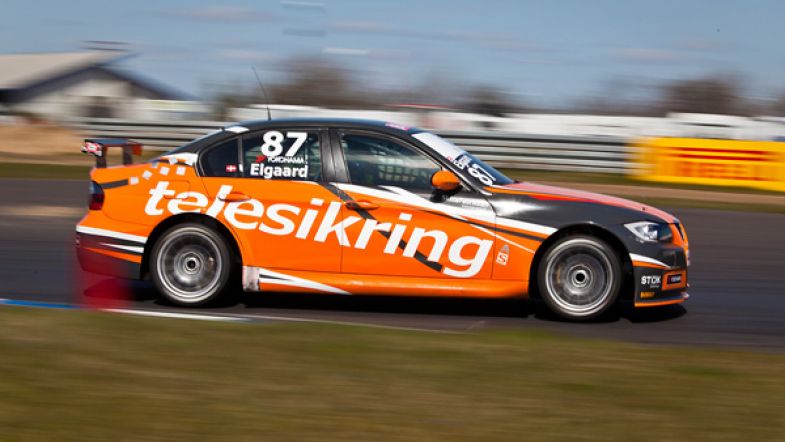 Casper Elgaard won the second DTC race at Ring Djursland in a decimated field, with just three cars crossing the finishing line. James Thompson was eliminated in a spectacular crash on the first lap.

The Brit took avoiding action on to the grass as Jason Watt and Jens Reno Møller clashed on the first lap.

Thompson crashed in to a rescue vehicle on the in-field of the track. Everyone involved was fortunately unhurt while Thompson’s car was heavily damaged.

Elgaard was on his own in the lead as Schlünssen and Watt had to retire with technical problems. Møller claimed second ahead of Treml, who started from the pits.

Next DTC race is in three weeks at Jyllandsringen along with the Swedish Touring Car Championship.

James Thompson crashes into a rescue vehicle at Ring Djursland