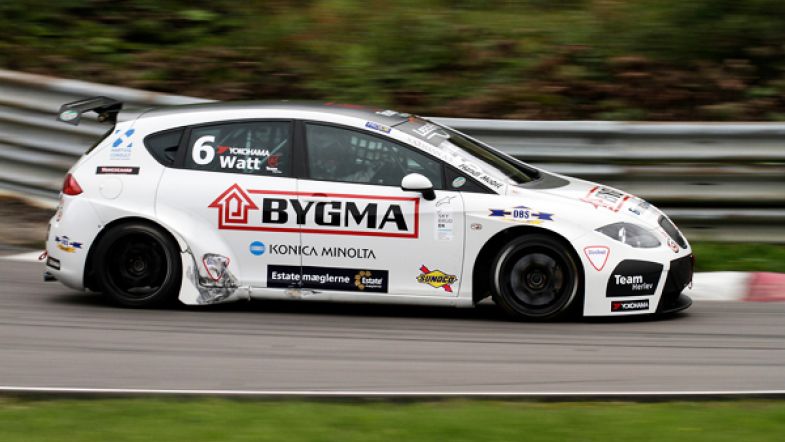 Jason Watt won the first race of the Danish Touring Car Championship finale at Jyllandsringen. But the victory was not easy for the SEAT-driver. Casper Elgaard had pole position and took the lead while Watt made a bad start and dropped down.

Watt managed to get past Robert Schlünssen early on and caught up with Elgaard, who had got passed by Michael Outzen in the older BMW 320i E46.

But the lead was not last for long for returnee Outzen. Watt managed to out brake Outzen after a hard fight. Elgaard and Schlünssen also managed to get past Outzen, demoting him to fourth.

Watt crossed the line as winner ahead of Elgaard and Schlünssen. Michael Carlsen came home fifth ahead of Jens Reno Møller and Jesper Sylvest.