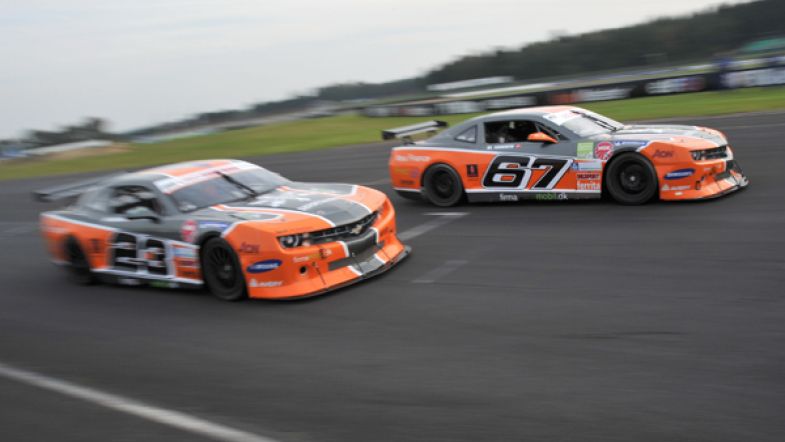 The championship which previously was known as the Danish Touring Car Championship changes name for 2012 to the Danish Thundersport Championship, featuring Camaro Cup cars.
“We are building race cars in the USA for this class. The cars looks like a Chevrolet Camaro, but underneath there is a tubular frame with a high power engine and simple components to keep costs down,” said Peter Elgaard, DTC Motorsport A/S.

DTC ran S2000 cars until 2011 when the championship merged with the Scandinavian Touring Car Championship. But the number of Danish entries remained low in the STCC and the interest for the “new” DTC seems to be substantial among the drivers and teams.

“I am going to be there next year and I hope that Casper Elgaard and John Nielsen also is going to be there so we can get a great fight between us old and all the new drivers that want to beat us,” said multiple champion Jan Magnussen.

“We had 14 drivers testing the car earlier this month and judging from the interest that we have received since then, we are expecting to have 12 to 14 cars in the first race next year,” said Elgaard.

“Without damage, you can run the cars on a budget of between 20 and 30 000 euro,” said Mikkel Wangaa of Fukamuni Racing.