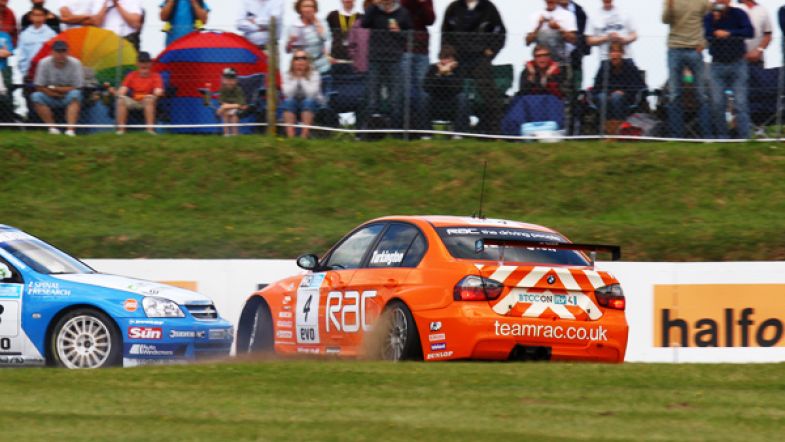 The top ten most read articles during 2010

With the touring car racing industry still in sleep mode after the christmas holidays, TouringCarTimes heads down in the archives and features the top ten most read articles on the site during 2010.

Number 10: The calendar for WTCC 2011 is released
https://www.touringcartimes.com/article.php?id=5243

The 10th most read article is about 2011 and namely the calendar for the FIA World Touring Car Championship. Since it was released, dates have been changed, such as the cancellation of the Argentinean round as well as Donington Park replacing Brands Hatch.

The first drawings of the NGTC Toyota Avensis prototype drew a lot of attention when released at the beginning of September. Comments on the site spanned from “Wow, that looks awsome, slightly DTM-ish :-)” to “The Ass will fall out of this i reckon, hope it doesn’t ruin the BTCC”.

David Coulthard’s return to racing drew a lot of attention, as did the story about his Deutsche Post livery on the Mercedes C-Class. The Scot had an okay first DTM season and picked up one point and a fastest lap in the final race of the year.

Sad news on number seven, with the retirement of Spanish car manufacturer SEAT ahead of the 2010 FIA World Touring Car Championship season. While not officially represented as a factory team, six SEAT Léons completed the season as well as Gabriele Tarquini finishing second in the championship.

The NGTC prototype was and is a hot potato, with number six in the most read articles of TouringCarTimes 2010 featuring the first pictures of the Toyota Avensis. The car was shown to the public for the first time during the BTCC finale at Brands Hatch with official test driver James Thompson behind the wheel.

James Thompson made it in to top five with the news of him leaving the Danish Honda team Hartmann Racing. The Brit later rejoined the team and clinched the FIA European Touring Car Cup title.

AmD Milltek Racing’s entry with a Volkswagen Golf in the British Touring Car Championship drew a lot of attention, making it the fourth most read article on TouringCarTimes in 2010.

The spectacular crash of Alexandre Prémat is a popular clip on YouTube, as well as on TouringCarTimes in third position. The Frenchman fortunately walked away unharmed from the crash, but was sidelined by Audi for the final DTM race of the year.

Colin Turkington made it to the top spot of the most read articles on TouringCarTimes 2010, unfortunately with the news that the 2009 champion was not going to be on the grid for 2010. It remains to be seen where Turkington is going to end up in 2011.

Most popular series on TouringCarTimes

Four of the top ten articles were on BTCC, three on DTM, two on WTCC and one on ETCC. But the total statistics for TouringCarTimes 2010 shows another picture on the most popular series.

BTCC was the most accessed series page, with WTCC, STCC and DTM following behind in that order.

The visitor origin follows the pattern of the most popular series. The Brits are clearly the biggest touring car heads with the Swedes in second.

The total visitor numbers on TouringCarTimes went up by 30 % during 2010 compared to 2009 and we would like to thank everyone for the support!