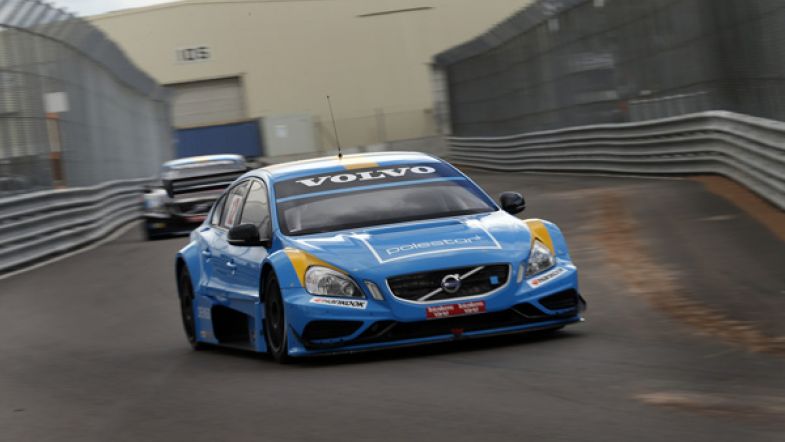 Thed Björk was fastest in a close first TTA test session in the final race weekend of the year at Gothenburg City Arena. The Volvo driver lapped the track in 45.022, just six thousands of a second ahead of Tommy Rustad in second.

The top four drivers were covered within 0.065 seconds with title challenger and Saab driver Linus Ohlsson in third, just 0.010 seconds ahead of Richard Göransson.

Robin Rudholm was second best Saab driver in fifth ahead of championship leader Fredrik Ekblom, who only needs one point from this weekend to secure the title, in sixth.

Stefan Söderberg was best Citroën driver in seventh ahead of manufacturer colleague Jocke Mangs in eighth.

Alx Danielsson, who crashed heavily at Tierp Arena, was back with a new chassis for this weekend but crashed early in the session. But the damage was not too extensive and the team expects him to be back for the second session, starting at 17.00 CET.

TTA newcomer Duncan Huisman was 13th fastest, just over one second from the fastest time of the session.