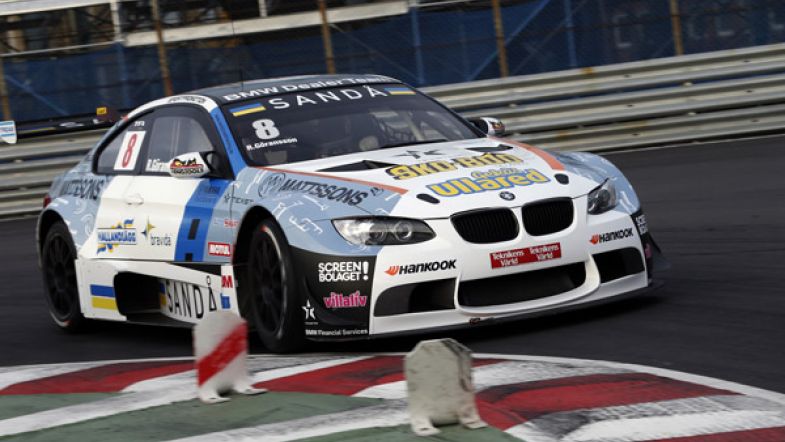 Richard Göransson was fastest in the final practice session ahead of the final TTA – Racing Elite League race of the year at Gothenburg City Arena. The BMW driver topped the list just six thousands of a second ahead of title candidate Linus Ohlsson in the Team Tidö Saab 9-3.

Ohlsson was shadowed by Volvo drivers and championship rivals Thed Björk and Fredrik Ekblom in third and fourth.

Daniel Haglöf was fifth fastest but crashed in the very same corner as Alx Danielsson did in the first session. There was a lot of damage to the Saab, but Haglöf was okay and expects the team to be able to repair the car ahead of the qualifying session tomorrow.

Robin Rudholm was sixth fastest ahead of Martin Öhlin, Robert Dahlgren and Tommy Rustad. Fredrik Larsson, who had to sit out the majority of the first session due to technical problems, was tenth fastest.

Duncan Huisman was 17th and second to last in the session, but still only 0.7 seconds from the top time.