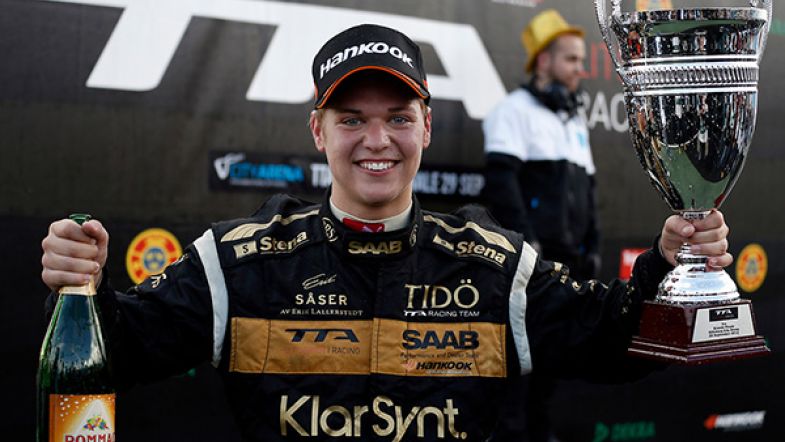 Saab driver Linus Ohlsson has been voted the best driver of the 2012 TTA – Racing Elite League by the readers of TouringCarTimes. The 22-year-old finished runner-up in his first season in the main class, being the only challenger for the title to Volvo’s Fredrik Ekblom.

Ohlsson, who has signed for Volvo for 2013, received 23% of the votes, beating Ekblom by just two percent. Ohlsson made a mark on the Swedish racing scene after winning the first race of the season, beating the experienced opposition. But after a struggling mid-part of the season for Ohlsson, Ekblom ran away with the championship and 25 points separated the both in the end.

Volvo Polestar Black R driver Robert Dahlgren, who finished fifth in the championship, was voted third best on 12% ahead of two Citroën drivers.

Brovallen Design team mates Jocke Mangs and Alx Danielsson claimed positions four and five on 10% and 8% respectively. Mangs has signed a new contract for Brovallen Design ahead of 2013 while Danielsson has confirmed talks with the team, but with not set deal yet. 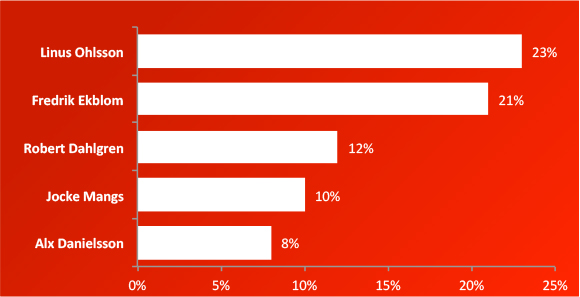 Next up is the results of the DTM vote, before we start the final overall vote of the TouringCarTimes Awards.