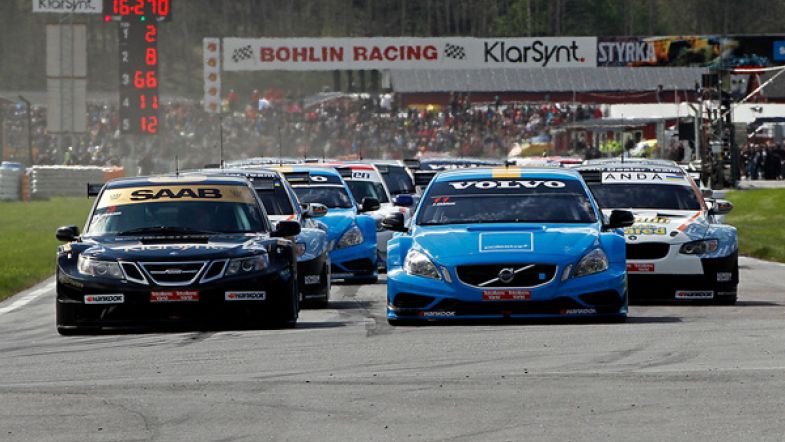 The TTA and STCC looks set to merge for the 2013 season, a decision expected to be revealed next week.
“The owners of TTA are 100 % positive to cooperate and we have approved all parts of the contract. But it needs to be signed of all parties, I take nothing for granted even through it looks positive,” said Jan “Flash” Nilsson, founder and part-owner of TTA to VF.se.

The TTA – Racing Elite League was formed as a break-away championship for the 2012 season due to disputes over regulations. Teams Volvo Polestar Racing, Flash Engineering, WestCoast Racing and Brovallen Design broke away to form TTA with new silhouette cars of 400 bhp.

Rumors indicate that S2000/NGTC will be replaced by the TTA class for next year if the two championship merge.