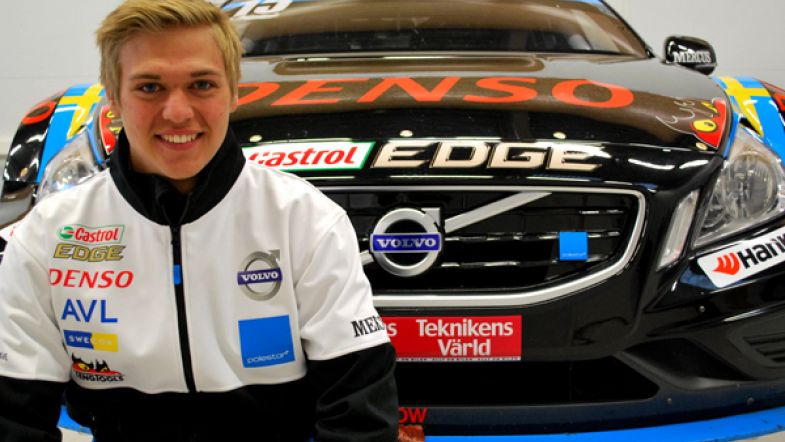 Volvo Polestar Racing has announced 21-year-old Linus Ohlsson to replace Tommy Rustad in the TTA – Racing Elite League 2013.
“This is a dream contract and it feels absolutely great. I have fought for this throughout my career,” said Ohlsson.

Ohlsson drove for Saab Team Tidö in the TTA this year, raising many eyebrows in the pit lane as he emerged as the main threat to three-time champion Fredrik Ekblom.
“We are very happy to welcome a fine young talent like Linus to Volvo Polestar – a brand and team that continuously push very hard together to evolve motorsport in Sweden. I really look forward to this and will for sure keep my fingers crossed for Linus, Robert, Fredrik and Thed,” said Anders Gustafsson, President of Volvo Cars Sweden.

The young Swede has previously driven the Swedish Junior Touring Car Championship, becoming champion in 2009 when Rustad was STCC champion, and the Porsche Carrera Cup Scandinavia where he finished third in 2011. Ohlsson has his goals set high for 2013 after finishing as runner-up in 2012.
“Together with Volvo Polestar, I think I have good chances to claim new titles for the team, but above all, perhaps snatch the drivers trophy to Gothenburg. Watch out Fredrik Ekblom,” said Ohlsson with a smile.